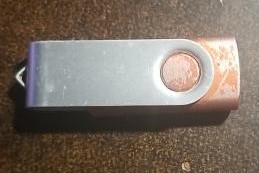 Awww, Vange. I wonder what she is doing now.

We are running a stay at home Scavenger Hunt on the Strangeful Things Discord because running it on Twitter and Facebook was a painful flop times two.  At least with the Discord people are there for a common purpose which is why I think things were better before Facebook and Twitter.  We used to do a picture scavenger hunt way back when (the first time was 2008, I think) and tons of people played.

But also back then people came to the site because they liked the site and there was a community.  But when people left for Twitter and Facebook they never came back.  Now, there are some sites out there that have thrived even with the advent of social media but we were never big enough (or willing enough to post boobs 14 times a day) to be the Chive and all the gossip rags are dead now.

So gone are the days when there were a bunch of people who wanted to run around taking pics of crazy things with a sign next to them so they could brag about winning and get a prize.  But hey, we still have people playing on the Discord and this time there isn’t even a prize so we must be doing something right all these years later.