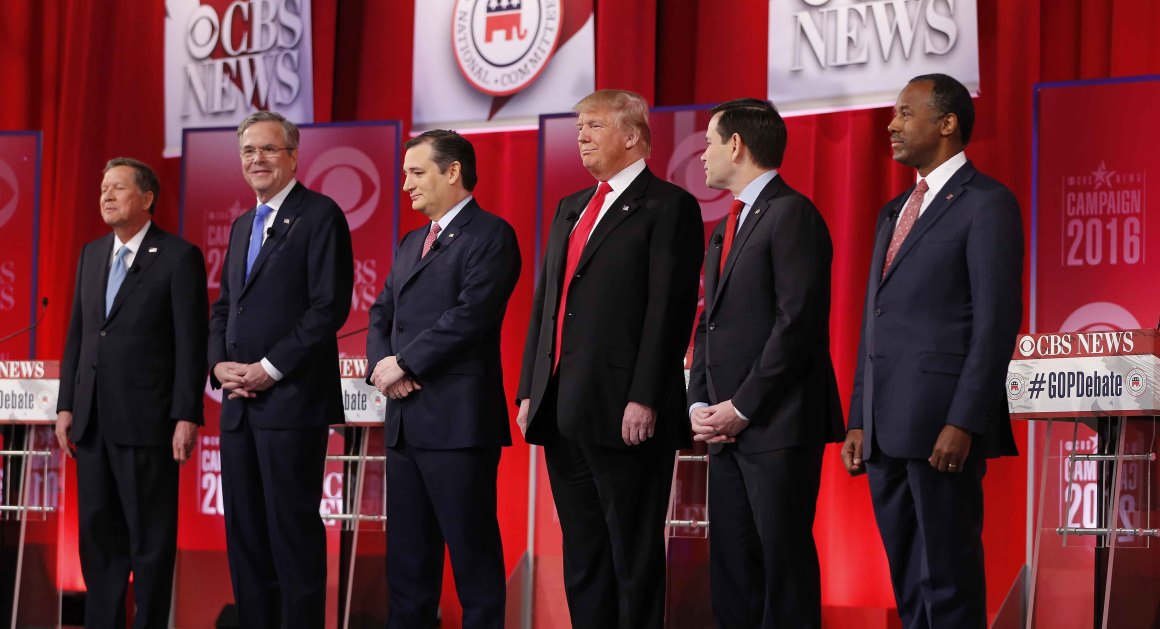 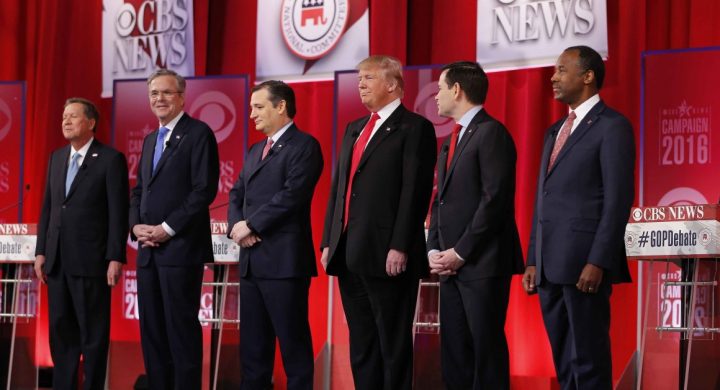 Donald Trump was so awful, so horrible, so disgusting in the latest Republican debate

If he wins easily in South Carolina after his monstrous turn, he’ll be going straight to the Republican nomination.


Monstrous “turn”? Is the NY Post just now tuning in to the election campaign? Trump’s been rallying the monster side of the Party for a really long time now. This was actually a turn to the good. For months, Trump has tried to rally the extreme of the Right. It hasn’t really worked. Why? Simply put, there will always be more monstrous idiots on the further right fringe than Trump can ever hope to pull for. A couple of those dudes will tell you that it should be OK for a bakery not to bake a little wedding cake for a gay couple.

Say what you will about Trump, but, he won’t ever go THAT monstrous.

Let’s also note that this “monstrous turn” is coming about because Trump decided to point out the fact, not even arguable at this point, that the Iraq War was unnecessary.

No, this was not a monstrous turn. This was a man finally realizing that his biggest support base, outside of complete idiots who love to hear politicians curse, are Independents and those who hate the direction the Republican Party has gone on Social Issues and War.

South Carolina, a state filled with evangelicals and active and retired military, just listened to the Republican frontrunner blame George W. Bush for 9/11. And blame him again. And blame him a third time. We’re told the former president has an 87 percent approval rating in the state. So aside from saying something appalling and untrue and unjust, what Trump did would seem politically suicidal, no?

Regardless of how Trump does in South Carolina, he’s going to be in the race for Super Tuesday. Which means, only an idiot would campaign solely for South Carolina.

6) TED CRUZ to DONALD TRUMP: “I will say it’s fairly remarkable to see Donald defending Ben after he called him pathological and compared him to a child molester,” Cruz said. “Both of which were offensive and wrong.”

The Republican Primary Process, everybody, American Civics so nasty that a candidate has to clarify that calling someone a child molester is offensive and wrong.

Kasich campaigned relentlessly in New Hampshire, casting himself as the positive pragmatic alternative to the more strident voices in the GOP. And it worked.

Saturday night’s debate made clear that Kasich isn’t about to recalibrate his approach as the nomination battle moves to the state known for its rough-and-tumble primaries. As Trump and Bush and Cruz and Rubio sparred in what looked like a no-holds-barred cage match at times, “This is just nuts, OK?” he lamented. “Jeez, oh man.”

Kasich came out a loser in this Debate for this one moment. I don’t want to go Trump here and call Kasich a pussy, but, I think we can all agree here that Kasich was being very pussy-like.

And, I think it’s obvious America would want an asshole as President and not a whiny brat.

One of the charming, historically heartening aspects of an otherwise nasty primary process is the emergence of two talented and viable Hispanic candidates in a party that has a serious diversity problem. That feel-good went real bad on Saturday.

We’ve got very differing takes on what “real bad” is, then. I mean, Cruz and Rubio cat-fighting is very, very good.

Rubio last night clearly learned from his crushing defeat at the hands of Chris Christie. What did he learned? He learned how to interrupt people. Interrupting people is taken as a sign of strength by idiots.

Which means Rubio learned how to cater to his base.

4. Jeb Bush finally beat Donald Trump. It took him eight tries, but the substantive and polite former Florida governor (By “polite,” I mean he lets his super PAC do the lead-pipe wet work), finally got under Trump’s armor.

This is just an absurd take. Anyone watching that thinking that Jeb! beat Trump is only trying to advance the silly idea that Jeb! is the most Presidential of all the Republican candidates. Jeb! responded to Trump trashing his brother by defending his mother.

This was amazing. John Dickerson is supposed to be the debate moderator and instead he starts getting into a debate with Ted Cruz regarding the appointment of Supreme Court justices during an election year.

This is the best Debate take, hands down. I left in the above passage to set the stage.

Cruz rightly pointed out it’s been precedent for 80 years not to do this. Dickerson then started arguing with Cruz about when Justice Anthony Kennedy was appointed and confirmed. Watch this:

Dickerson said he wanted to get the “facts” out there. There’s only one problem.

Cruz was right. Anthony Kennedy was nominated in November 1987. He was confirmed in 1988.

There, however, is only one problem with Red State’s giddy excitement to defend Ted Cruz: They’re wrong.

Why not transcribe Cruz’s take? Sure.

Cruz: Well, we have 80 years of precedent of not confirming Supreme Court Justices in an election year.

Cruz: 80 years of not confirming.

Cruz: No, Kennedy was confirmed in 87.

The audience managed to BOO the moderator. And, Red State managed to write a blog post stating the complete opposite of what was in the video that they posted.

Agenda Politics, it’s a lovely thing. Half of the Cruz supporters reading the Red State article won’t give a s*** about the error, and the other half will stubbornly, wrongfully, blindly, say, “look at this media bias against our man Cruz!”

Nothing has summed up Ben Carson’s perplexing presidential bid better than his closing address at the Republican debate on Saturday, which included a fake quote from Joseph Stalin.

Any quick Google search of the quote’s origins would lead Carson to discover that the line comes from an image that was passed around on Facebook and in the chain emails grandparents send around to family members.

Classic Ben Carson move right there. Let’s dispel with the fiction that Ben Carson does not know what he’s doing. When you write your debate prep with a back and forth email chain with your campaign staff on AOL, this kind of s*** can’t get avoided.