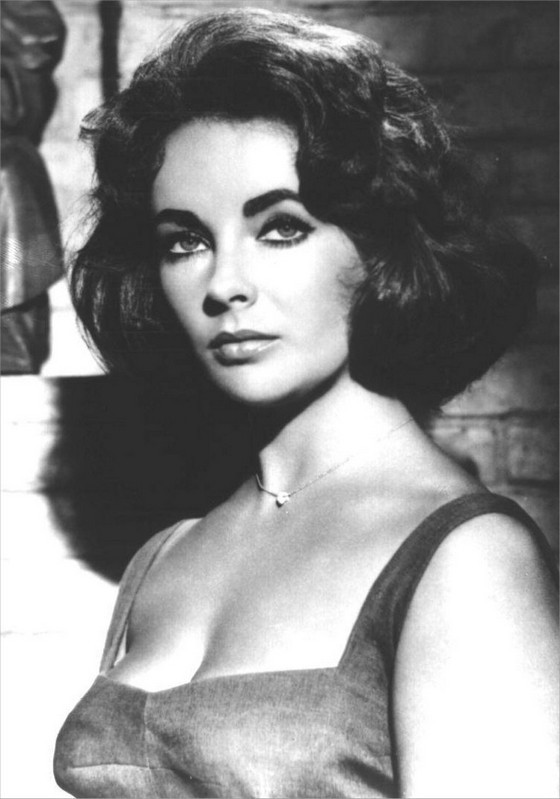 Since I’m not 100 I don’t really know very much about Elizabeth Taylor.  I do know that she was supposed to have the most beautiful eyes in the world or something so naturally I used a black and white picture for the banner.  Seriously why doesn’t someone take this whole site away from me?  Damn the Internet is stupid.  Anyway – you will see from the pics below that she was pretty hot and she had some thick-ass eyebrows.  See that, women?  Those eyebrows look like she passed out and someone drew them on her with one of those big fat Marks-a-lot markers.  And she is STILL hot.  So stop worrying about your eyebrows.  They aren’t the problem.  It’s your face.

OK so this might not be the best eulogy that Ms. Taylor ever got but I’m betting that some dude in Nicaragua fucked it up worse than I did.  So rather than dwell on the shit I know (stuck up for Michael Jackson, got married more times than my dad) I’m going to give you the trailer for Cat on a Hot Tin Roof.  I think I might try to get people to call me Big Daddy, and I’m definitely gonna try to choke some chick with diamonds.  Who’d have thought the snowman from Rudolph could be a bad guy. (check it out after the jump).

Anyway – here’s the trailer.  I’m not sure if Paul Newman is dead or alive but I do know that between him and Miss Taylor in this movie I bet lots of people would take either one of them.  Not me, though.  I’m super straight.  I’m also going to try to bring back movie trailers that have a guy tell you everything about the movie AND review it at the same time.  And at the end I’ll make sure someone says that the movie is in Splotcho-Vision or whatever they have now.  So RIP Elizabeth Taylor.  You stayed around when you were hot, and went away for the most part when you were old.  That’s classy.  Unless you have huge jugs like Helen Mirren and most guys would still do then be more like Liz Taylor and stay off my movies.