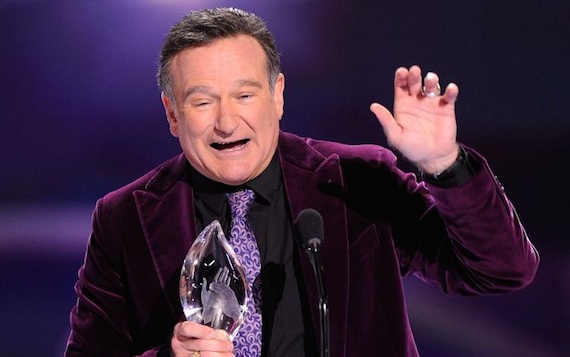 Well, here we are again.  You may recall earlier this year when I posted a tribute to three of my favorite entertainers who passed away in early 2014.  In that piece, I begged 2014 to be done with taking my favorite people away, knowing that the chances of that happening were pretty slim.  Sure enough, since that post was published, there have been some more deaths that have bummed me out.  Bob Hoskins, H.R. Giger, Rik Mayall, Chuck Noll, Casey Kasem, Eli Wallach, Johnny Winter, James Garner, and Marilyn Burns have all left us behind for the next big thing.  Not to mention a personal loss of a great aunt of mine.  Love ya, Aunt Faye.  And yesterday, a death that hit me just as hard as the big three in the first post, Robin Williams.  I got the news late in the evening and spent the rest of the day pretty bummed out.  The man has been entertaining me throughout my entire life.  I could go on in tribute to the man, but I’ll save that for another day.  The world has lost a truly great entertainer, one of the best, in a very tragic way.  That’s what I’d like to focus on right now.

By now you know Robin Williams was suffering from depression.  The story is all over the internet, and every arm chair psychologist has come out of the wood work to talk about it.  As much as I hate to add to the blather, I feel I must because I’ve seen and heard some astoundingly misinformed opinions on the matter.

First of all, depression is a real thing.  Admittedly, it is a very hard thing to empathize with if you’ve never been afflicted with it yourself.  Therein lies the problem.  People love to crap all over things they don’t understand.  It happens in all sorts of ways, and no one is immune from doing it from time to time.  But I would argue that depression is something you should make the extra effort to get a grip on.  If you did, you can make a real difference, and maybe even save someone’s life. 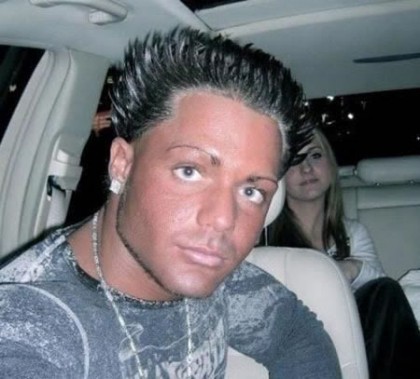 Hi, I’m a douchebag, and I’m judging you and your insignificant problems. Wait, why are you laughing?

It’s hard to explain exactly what depression is.  There’s a myriad of causes and ways it manifests itself in a person.  It can be very mild or very severe.  I can only relate what it felt like to me, and that was unreasonable melancholy.  What I mean by that is by all reasonable measures, I should have been fine.  I had a roof over my head, a well paying job, a family that loved me, and plenty of friends.  And yet, I was miserable.  I couldn’t explain why.  I think that’s the thing that bothers the unafflicted.  They are trying to assign rationality to the irrational, and it doesn’t quite work that way.  We’re talking about a mental disorder here, and it’s counter productive to dismiss it as something you just need to get over.

I think that’s what’s bothering me about all these people saying, “He was rich, what could he possibly have been depressed about?”  It’s not about the money.  It never was.  It’s cliche to say, but money doesn’t buy happiness.  In Robin’s case, it pays your alimony and hospital bills.  I’d argue that true happiness comes from within.  It’s a matter of finding it.  And it also helps to manage your expectations of what happiness really is, too.  No one is truly happy all the time, and it’s important to remember that.  I still get that depressed feeling from time to time.  Denis Leary once said, “Happiness comes in doses.  It’s sex, or a cigarette, or a chocolate chip cookie.  You come, smoke the butt, eat the cookie, then get up in the morning and go to f*ckin’ work.”

Speaking of work, looks like it’s that time again.

So, what can be done to combat depression?  Well, it depends on the severity.  Sometimes all you need is a nonjudgmental ear to talk to.  What worked for me was finding an outlet for the emotions I was feeling.  I took up writing, drew pictures, and formed a band with a friend.  Whether or not I was actually any “good” at those endeavors was besides the point.  I was doing them for me, not anyone else.  The validation that comes from other’s approval can be a nice boost, but it’s one of those fleeting examples of happiness.  I find that the more substantial doses of happiness come from the act of creation itself.  In more serious cases of depression, a real, PhD holding psychologist and/or prescription drugs would be prudent.  These things have varying degrees of success, but they’re a start.  Feel free to share your solutions in the comments.

If you know someone that needs help, offer it.  Don’t sit by and do nothing.  As I said, it may be as simple as offering a sympathetic ear.  Offer helpful solutions if you can, but don’t be dismissive of the person’s problems that you may deem trivial.  If you are in need of help yourself, here’s a link to the National Suicide Prevention Lifeline.  Give that a try.  Heck, talk to me here if nothing else.  Just realize that while it doesn’t always seem like it, you are not alone and there are people who can and want to help.