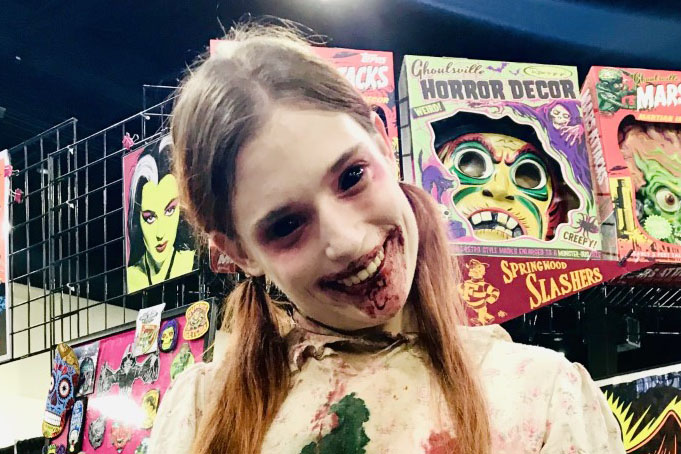 Cemetery Doll (pictured below) went to Rock and Shock in Worcester, MA and all we got was this awesome review and photo gallery! 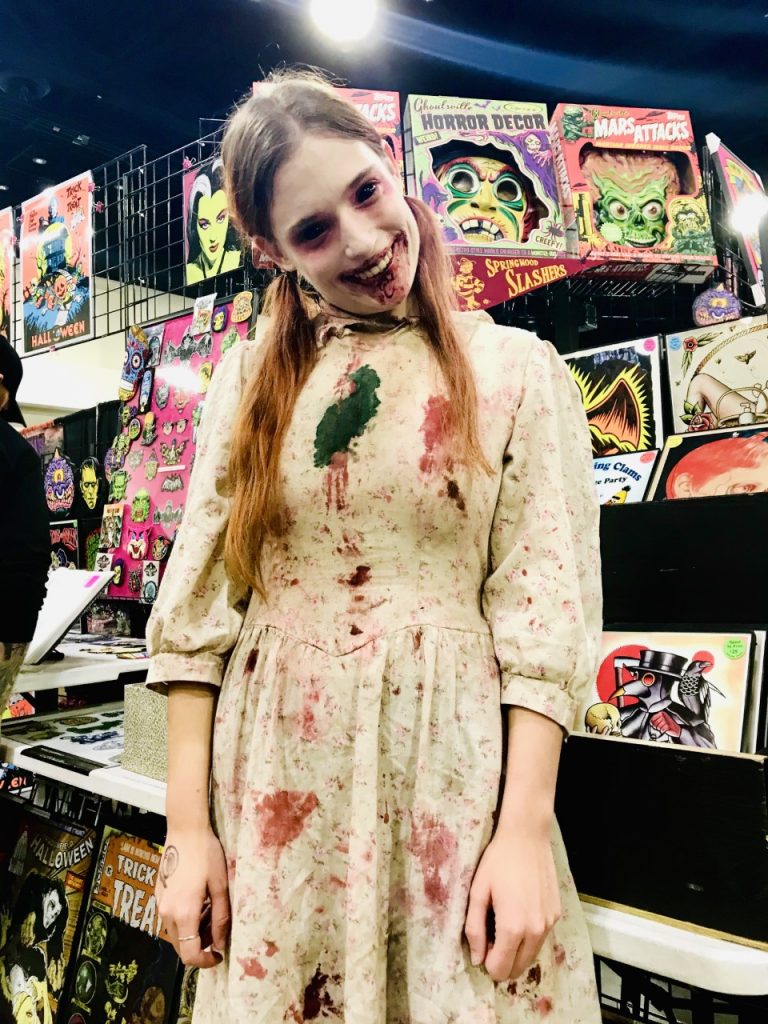 I can’t really say I had a favorite aspect of the con, since it was the first one I’ve been to. Everything was my favorite. I was basically a demonic kid in a candy store. The only issue I really noticed was some confusion with the guest lines. They were set up pretty neatly until the line divider thingies ended and people didn’t know what line they were supposed to be in. Also, security was shockingly lax. I mean, it was great that I didn’t have to get patted down or searched, but also somewhat disconcerting. The PA system for calling guests to the panels was a bit disjointed. They’d call a panel and then repeatedly announce where it would be so people weren’t scrambling. Other than that it seemed well run. I wish more people had dressed up though!