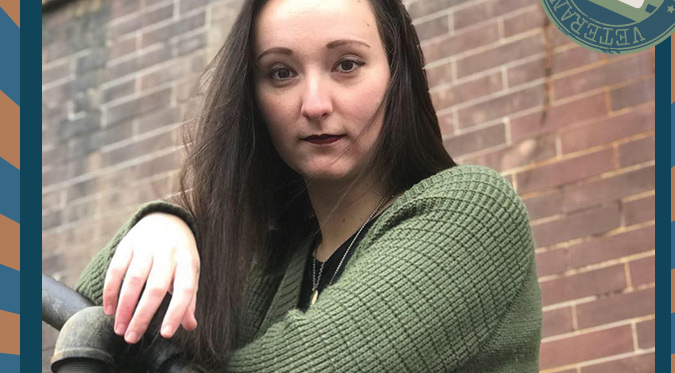 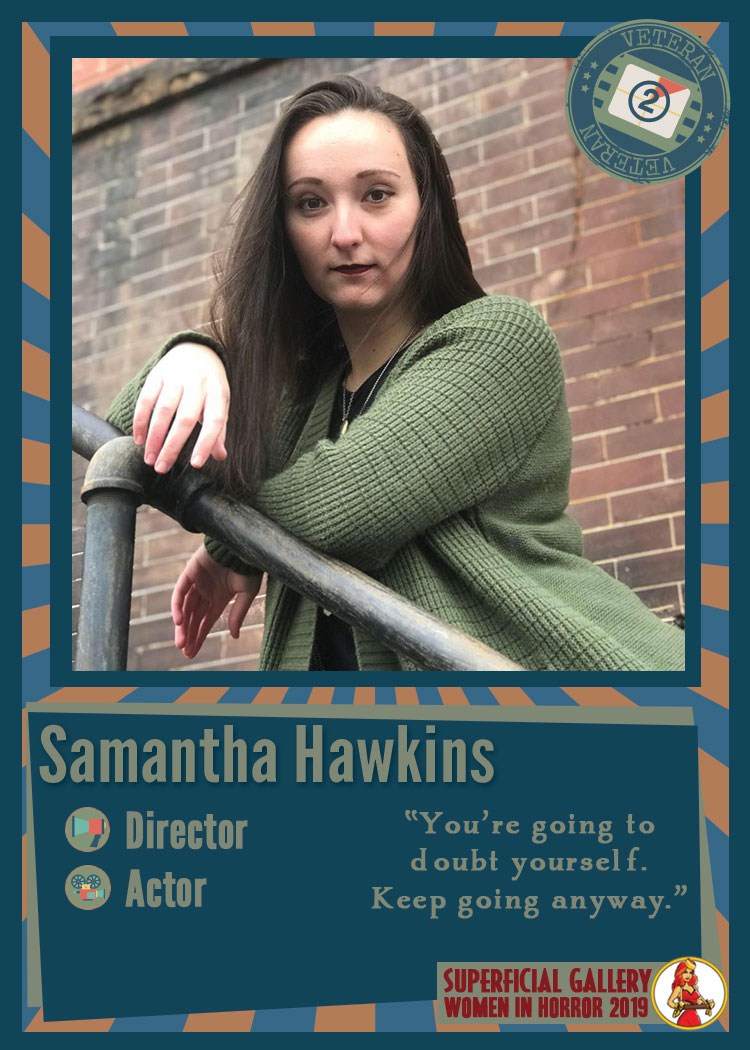 Our Conversation with Samantha Hawkins

Samantha is a Director and a Gallery WIHM Veteran!

In 2018, my directorial debut, “Picnic,” screened at two inaugural film festivals and brought home an award from both of them! But, not to sound cliché, but I’m *most* proud of all the creators I’ve gotten to meet, the friends I’ve made, and the support I’ve gotten from (and gotten to give to) so many women in the community. I’m proud to be in an era where women in horror are like a really cool, welcoming gang.

Favorite franchise: SAW, because underneath the gruesome traps, you have a story that, at its core, is incredibly human. A man who hit rock bottom just wants us to cherish our lives.

Favorite mainstream standalone: IT (1990). Nothing scarier than an enemy who shapeshifts and caters to your specific fears.

Favorite on Netflix: Tie between Would You Rather and Creep.

Making a film is terrifying and overwhelming. Conquer one thing at a time. Ask for help when you need it; you never know who may agree to be in your project, or who may have access to a space that could be useful. Don’t be afraid.

Cross off one thing every day, anything from “finish audio alignment” to “go shopping for cereal and a shark toy for that one scene.” It’s easy to put your work aside for a couple days, but then you’ll suddenly have gone six months without making any progress. Small, tangible steps. You’re going to doubt yourself. Keep going anyway.

I got to work at my first haunt last year! Shoutout to Kersey Valley Spookywoods. Every night, I got to lurk inside the Phantom Castle as a vampire with some fantastic fx makeup. I got two people to pee their pants. Definitely as satisfying as everyone says it is.

I’m in post with a short that’s cowritten by Brett Haynes and myself, starring two hilarious gentlemen. I can’t wait to share it! I also just submitted a PSA for the 2019 Massive Blood Drive PSA, in association with Justin Shoemaker and Static Vision Productions.