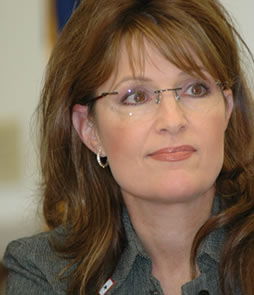 Is it "Twitting?" Or "Tweeting?" Maybe "Twittering."

This ABC News article sheds light on why Sarah Palin resigned as Governor of Alaska. The article begins with some lame remarks from folks in the GOP that were surprised by the move and blah, blah, blah. Eventually, they get to the meat of the article:

Despite keeping a low profile in personal appearances, Palin has been active on social networking sites.

So, there you have it.

On Sunday afternoon (maybe morning in Alaska what the fuck time is it in Russia?) Sarah let folks know that Todd was fishing. There was also a tweet that spoke to “Trying to keep up w/getting truth to u.”

I’m pretty sure I read the same line about the man keeping folks down from NFL Wide Receiver Chad Ocho Cinco’s Twitter page. In that regard, Sarah is in good company.