Scarlett Johansson and Her Boobs Star in "Lucy" 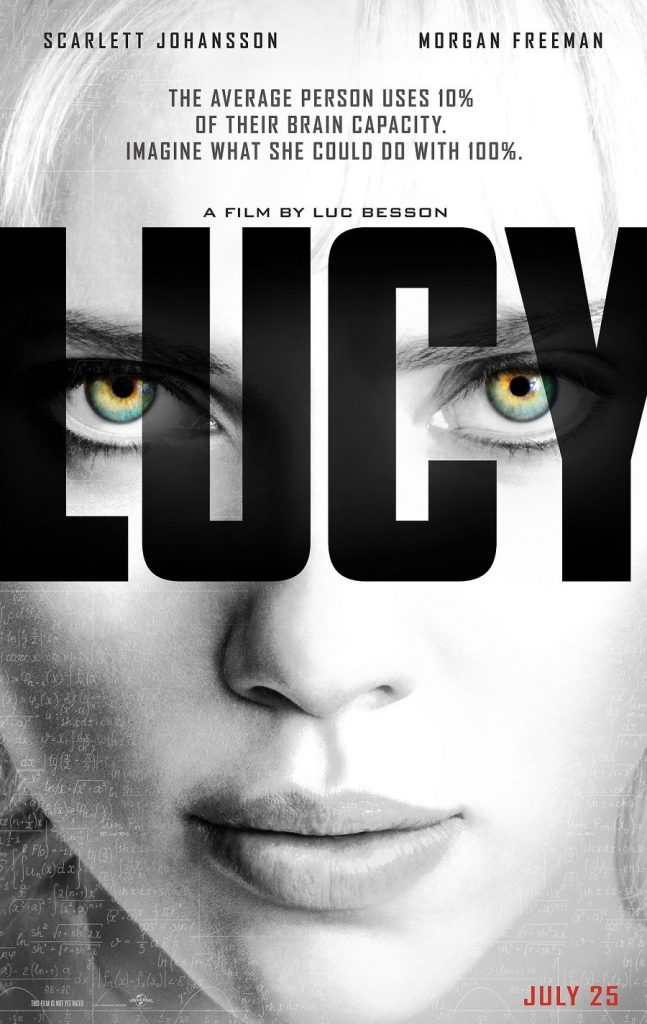 Set to release on July 25th, Scarlett Johansson has reached a whole new level of bad ass with Lucy, a sci-fi thriller about the dangers of being a drug mule. Okay…not really.. Obviously being a drug mule is dangerous and most people know that they are smuggling illegal substances in their bowels. With Lucy it’s different. She appears to be a victim of wrong place, wrong time. Getting white girl wasted at a night club in Taipai, Lucy wakes up the next morning with a bun in the oven. Not the kind of bun in the oven one would think, though. This bun apparently causes some pretty freaky stuff to happen to your brain….like you actually use it. It has been said that we only use 10% of our brain on the daily and that this drug unlocks great potential. The trailer shows Lucy at 28% and lets just say I wish I had done better in school. This film looks awesome and action-packed, and Morgan Freeman is in it, so there. It is also a film by Luc Besson who wrote The Fifth Element which is one of my faves so I think this is going to be a winner. Is it worth the price of admission? Word on the street is that Johansson’s boobs make an appearance, so you decide!

But wait! There’s more pics of Scarlett Johansson in our celeb photo mine!