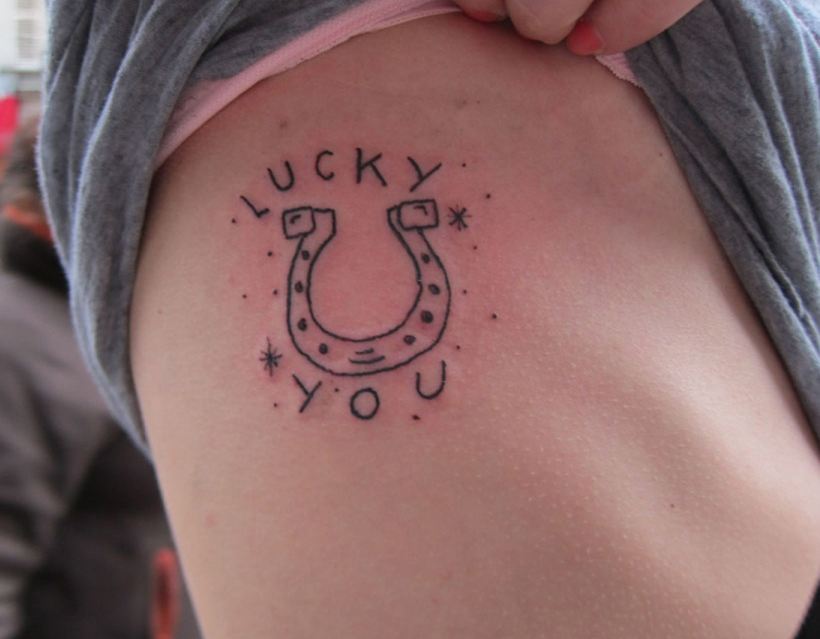 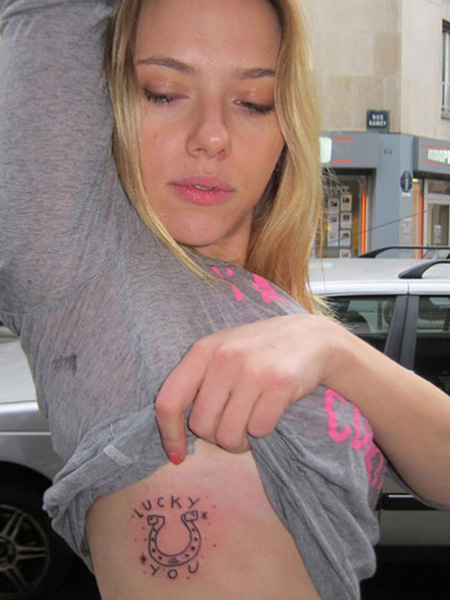 You might have seen this pic already (some of us have jobs, you know) but here is Scarlett Johansson showing off the tattoo she got from some fancy artist Fuzi Uvtpk in France.  I didn’t know Fuzi Uvtpk was a French name but we all know I’m an uncultured doof so I’m sure it is.  There is a way bigger picture of it after the jump but it isn’t going to make you feel any better.  The whole thing still looks like something a kid drew at camp.

Actually, if you look closely, I think it started out as an upside-down cowboy (see how bow-legged he is) and in the middle the dude (excuse me, Mister Uvtpk) realized it was never going to work so he said “horseshoe” in French and ScarJo went right along with it.  Then all he had to do was make a few painful looking dots and then write “LUCKY YOU” in a way that isn’t even lined up with the cowboy legs.

Now, you are Scarlett Johansson and people know you went to get a tattoo.  It came out looking like something you would return if you bought it as a sticker at the drug store.  Are you going to hit the dude with a bottle and demand a refund and let the world know that you are mad and even though you are rich and famous you got screwed by a French dude whose name probably spells some French swear if you unscramble the letters?  No, you are going to pretend it came out just like you wanted and show people.

Don’t get tattoos unless it is an unintelligible squiqqle.  Then nobody can give you any guff! 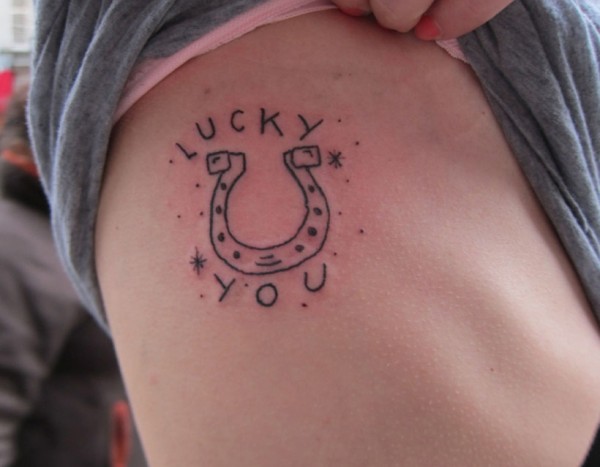