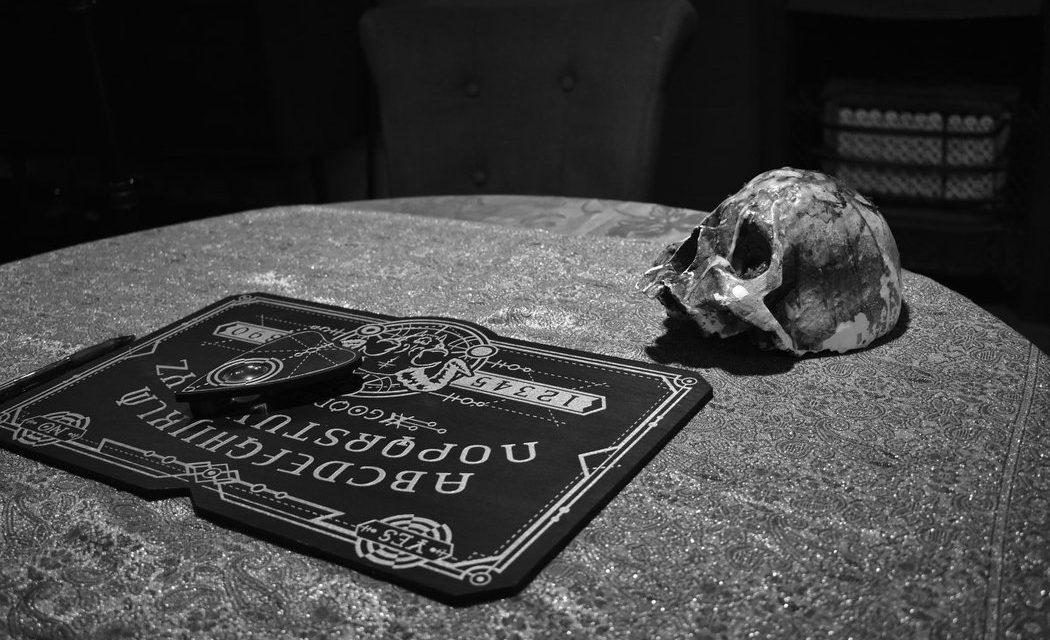 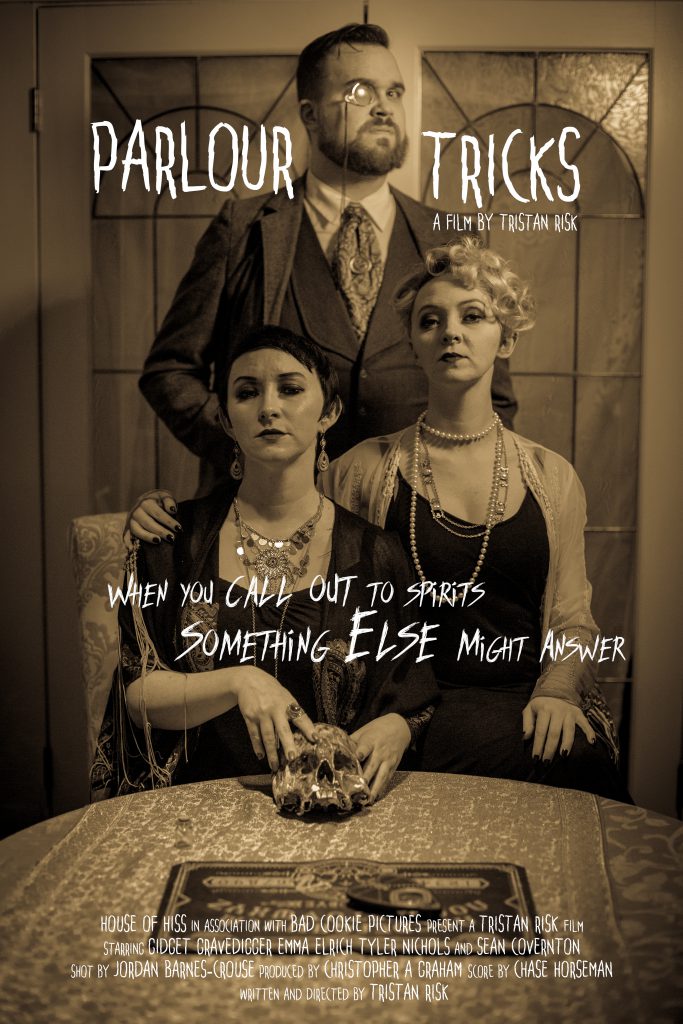 This is a big deal, folks.  Check out this press release from Bad Cookie Pictures and rejoice that we are now closer to having this movie be in our eyeballs.

We are thrilled to announce that House of Hiss, in partnership with Bad Cookie Pictures has entered post production on Parlour Tricks, a new horror-comedy short from the wacky mind of Tristan Risk. Risk, well known on the horror scene from American Mary, Frankenstein Created Bikers, Aliens ate my homework, Ayla, and ABC’s of Death 2. Set in the 1920’s, Parlour Tricks follows a family who summon an unexpected guest during an unusual seance.

Also behind the camera, Cinematographer and Editor Jordan Barnes-Crouse (Extra-Ordinary Amy, Ghost Can, The Sleep of Endymion) and Producer/Production Designer Topher Graham (The Man in the Rabbit Mask, Punks Vs. Lizards, Madre De Dios) with additional support from Selena Raskin, Ben Gammound, and Burns the Dragon.

The film will feature an original score by Chase Horseman (La Quinceanera, El Gigante) and the poster was created by Bren Macdonald. Parlour Tricks will be making its festival run this year, you can follow news and updates on the facebook page, https://www.facebook.com/parlourtricksfilm or through bad cookie pictures at https://www.facebook.com/BadCookiePictures.