Shaq on the Scene 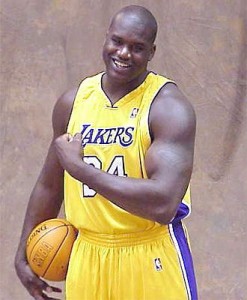 Let’s just do a quick comparison to note how journalism is dying.

A plane trying to make an emergency landing crashed today on the runway at Santa Monica Airport, authorities said.

The single-engine Long-EZ departed on what was described as a local flight from the airport about 2:45 p.m. and lost power almost immediately, said Federal Aviation Administration spokesman Ian Gregor.

Holy shit, I’m at the santa monica airport I just saw a lil plane crash, and the guy walk away, dam dam glad he’s ok shit, excuse my words
about 3 hours ago from TweetGenius

Shaq covered it all right there. His post was around 6pm. The LA Times article filed at 7:15pm.

Now sure, you can argue with Shaq’s word use a bit. When he says “lil plane crash” does he mean a little plane crashed or the crash itself was little. Like, one plane into like…a dumpster or something. But still, Shaq is practically a journalist now.