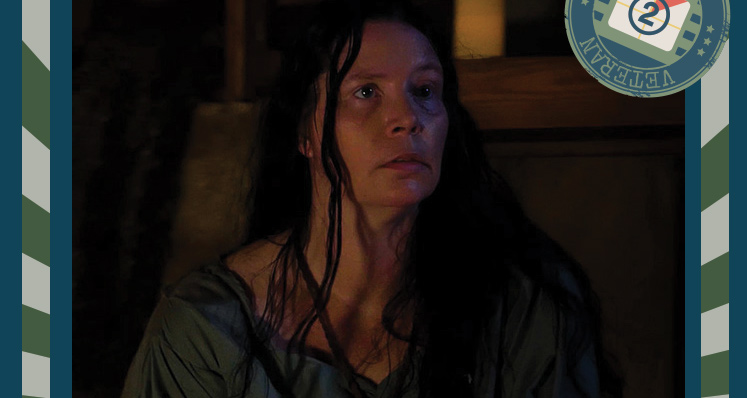 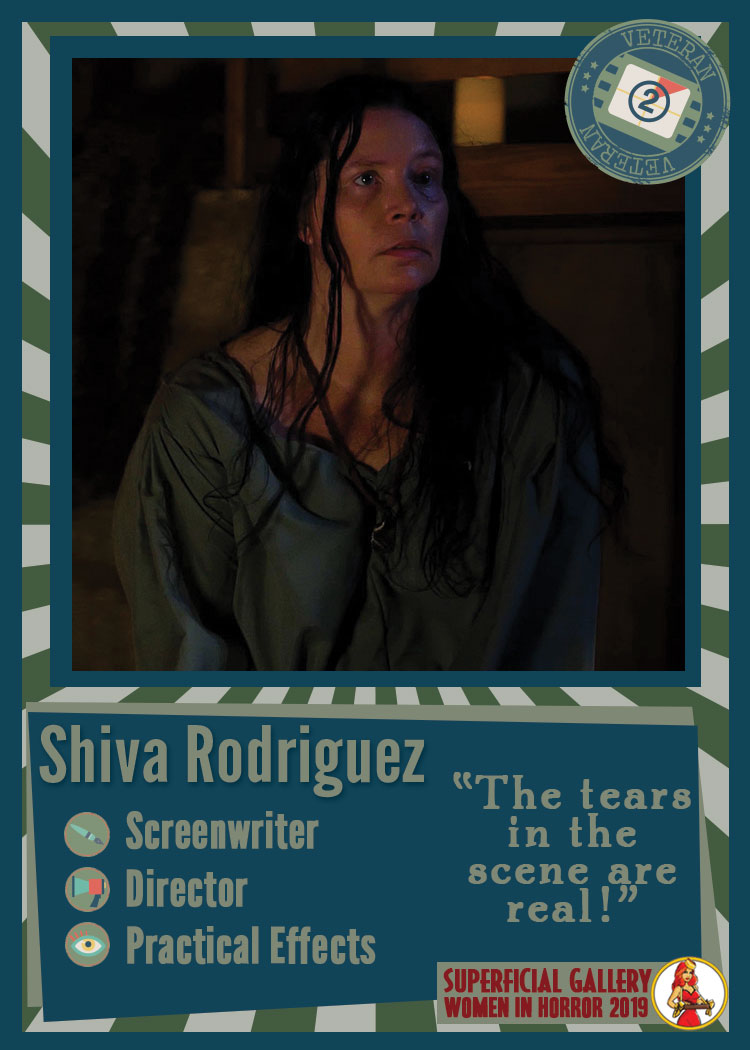 OUR CONVERSATION WITH Shiva Rodriguez

Shiva is a screenwriter, director, and practical effects creator, and is a Gallery WIHM Veteran this year

Directed two films in the same year, got a feature-length screenplay written in less than two weeks, and tackled the Norse Gods.

This changes all the time, but I’ll go with one of my stand-bys, Dellamorte Dellamore. I absolutely love the production design and the dry humor.

Tom Savini. His work had a big influence on my decision to go into practical effects as a kid.

Carry a machete. Seriously, I started carrying one on exterior sets because Florida is filled with plants and animals that want to murder you. But I found that no one wants to argue with a woman armed with a big knife.

Learn as many useful skills as you can. Work in wardrobe, dress sets, do crafty, help organize, scout locations, take a production assistant position, etc… The more you know, the more people you meet who see that you’re good at things, the better off you’ll be.

I’m physically handicapped, but that didn’t stop me from making a “director’s cameo” in my film Father of Lies as a sword-fighting character. I did it because I knew we’d be working with live steel in a cramped space and I wasn’t about to let an actress get hurt.

Surprisingly enough, I did not lose my footing at any point, but I did manage to do a number on my elbow during a fall in the next-to-last take. (The tears in the scene are real!)

The scary part is that I plan to do it all again in the next year or so with much more complicated choreography.

A short film I directed last year, “The Guild”, should be hitting festivals in the spring.

As far as the future, it’s hard to say.

I am still trying to get The Family Way financed, which hit a huge wall with a fraudulent “investor”. (Pro tip: ALWAYS have a good lawyer when trying to finance a film!)

Duckie (my infamous partner in crime) and I wrote a feature script based around the story of Father of Lies and we’re hoping to get that into production at some point.