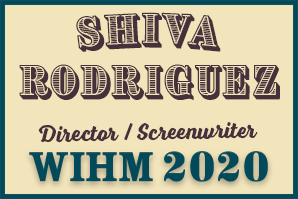 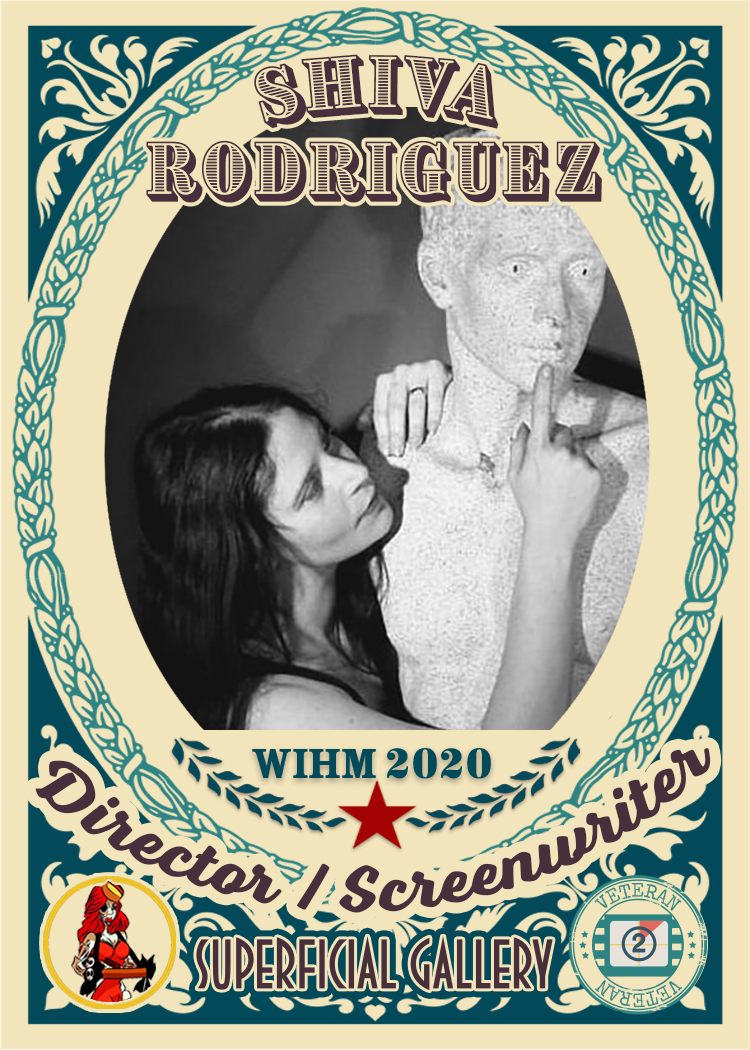 Shiva Rodriguez is a veteran to the Gallery WIHM event. She is a half-director, half-screenwriter.

You mean asides from being insane? The uncontrollable desire to tell my stories to the masses.

I’m partial to Mary Harron. I really respect that she directed and co-wrote the screenplay for American Psycho, especially since the novel seemed like it would be nearly impossible to film.

To never feel like they constantly have to prove themselves to anyone. Film-making is stressful enough. Feeling as though you have to go twenty extra miles just to be acknowledged isn’t healthy.

Speak up if you feel you are being belittled or disregarded in your craft. If you’ve earned your place at the table, don’t be afraid to say something if the boys didn’t set out a chair out for you.

Oh, and always carry a machete.

On my first time directing a project, half of the key crew walked out on me the day before I held auditions for cast. One of them actually told me “You need a director more than a UPM”. I questioned myself for about a minute, and then I got angry about it and started making some phone calls to recruit a new crew. I have directed several projects since then, won a few awards, and I still work with a lot of those people who stuck by my side as I fumbled my way through my first film.

The thought that someday I will not be able to do the things that I love doing.

I have two short films planned for 2020. I’m also working on novelizing some of my feature screenplays in order to make the stories available to the masses.