Skin Baby – A Lesson on PTSD Hidden in a Horror Film 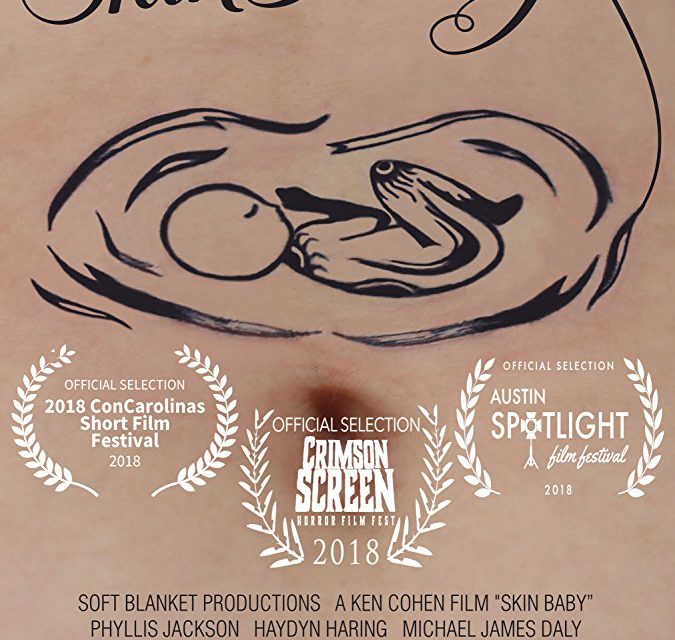 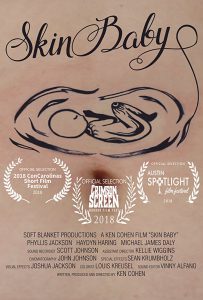 As I sit down to write my review for Skin Baby, I realized that I wasn’t really sure how to describe it. This is not horror, in the traditional sense, nor is it really a thriller. In all honesty, this is almost just a short peek into a traumatized woman’s PTSD driven breakdown. By which I mean that is the exact impression I was left with. While the actions that a person commits when suffering from PTSD can be horrific, I still wouldn’t classify them as horror. I’m not saying that’s bad. Hell, I wish there were more films for people to connect to that touched on this subject matter but it still goes past the definition of horror, so to speak. This is definitely a film that touches on something horrific rather than being straight horror and it’s all the better for it.

So, how about some tech stuff? Well, there’s one thing that could use some spit and polish, it was shot without a dolly. That’s a problem on my own shoots and overall it’s really a minor issue. Low budget indie horror films, any low budget indie film for that matter, tend to work within a very tight amount of money. The first thing to go is usually the dolly. The steadier the person carrying the camera, the less likely you’re going to need one. Again, it’s something I’ve dealt with plenty of times but has never been a deal breaker. Otherwise the film looked great. The color work was well done, the actors did a great job, and the special FX were awesome. Taken all together this is an excellent film with a premise that really isn’t touched on enough.

Skin Baby, while still feeling more horrific than straight horror, is an excellent film. It deals with a very difficult subject in a way that most shy away from. The lashing out, depression, anxiety, and self harm are absolutely realities for thousands of people. To make a film that accurately portrays what so many people go through is incredibly challenging. To do it well is that much more so. Skin Baby manages this in a way that still connects with the broader horror community and that’s something which we truly don’t see enough.