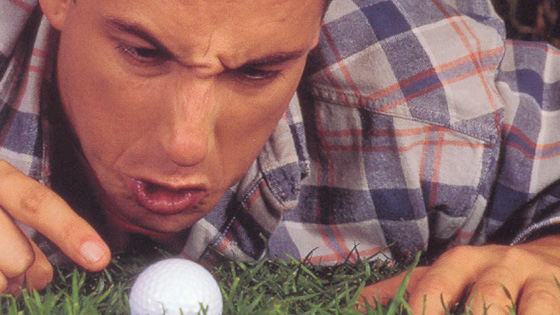 I love Happy Gilmore.  I could watch it a million times a day.  Happy, Shooter, Chubs, the not really hot girl who worked for the tour and went out with Happy (it’s Julie Bowen, she’s hot now I heard), the midget.  Damn.  Good times.  That must mean that 1996 ruled.  So I looked through Wikipedia and it seems like it was pretty frigging boring.  They cloned that sheep. That’s about it.  But The Smashing Pumpkins recorded Tonight, Tonight and it’s a pretty good song.

I remember reading once that the Asian dude in the band did a lot of drugs so the rest of them kicked him out.  Later that Asian guy went on to:

I don’t know the answer to the question.  But the video and the lyrics are after the jump.  I hope the Asian guy is a senator.  That’ll show those Pumpkins!

Time is never time at all
You can never ever leave without leaving a piece of youth
And our lives are forever changed
We will never be the same
The more you change the less you feel
Believe, believe in me, believe
That life can change, that you’re not stuck in vain
We’re not the same, we’re different tonight
Tonight, so bright
Tonight
And you know you’re never sure
But you’re sure you could be right
If you held yourself up to the light
And the embers never fade in your city by the lake
The place where you were born
Believe, believe in me, believe
In the resolute urgency of now
And if you believe there’s not a chance tonight
Tonight, so bright
Tonight
We’ll crucify the insincere tonight
We’ll make things right, we’ll feel it all tonight
We’ll find a way to offer up the night tonight
The indescribable moments of your life tonight
The impossible is possible tonight
Believe in me as I believe in you, tonight
Filed under: Generation X, Music Videos