SMUG ALERT! or When Acadia goes too far (Again) 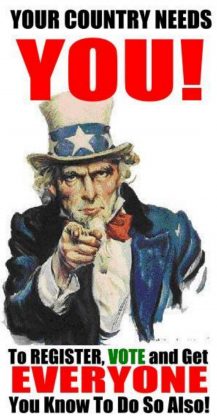 We’re being told we have to get behind Hillary Clinton after this bitter and contentious primary season. What I hear when that’s said is the South Park episode where some people are so smug they love the smell of their own farts. SMUG ALERT!

I hear “Donald Trump” in a high piercing shriek whenever I’m told that Bernie Sanders is a nasty old man who can’t get elected so we shouldn’t pay any attention to him even though Hillary Clinton might not be the best candidate.

Donald Trump is now the last great hope of the DNC to reunite the party after one of the most disastrous political campaigns I’ve ever seen. That’s weak politics at best. Are there no Tip O’Neill’s left in the Jackass party to put up a real fight?

Here in Maine the Democrats threw away the governor’s race with a candidate that almost everyone actually liked. The same smug beltway bastards that kept Mike Michaud from kicking Paul LePage square in his exposed Tea Party balls are doing it again on a national scale. Just substitute “Shriek” Donald Trump for “Shriek” Paul LePage. I’m sorry but again that just ain’t practical politics. It got a Tea Party goon elected without a plurality of the vote and it might get Donald Trump elected too.

Let’s face it putting up a goon to throw an election because a back room deal has been made to support a weak but connected candidate is classic machine politics. Up there on Capitol Hill all the same faces will be swilling cocktails at Charlie Palmer Steak after the election no matter who wins. Everyone is kissy kissy while their partisans are still having fistfights in the street. Only it’s not 1828 when you can put up a raving lunatic racist with confidence that the disreputable other guy can be elected (That’s John C. Calhoun vs. Andrew Jackson)

More voters will swing toward the Clinton camp as we get closer to the election. It’s impossible not to hold your nose and vote against Trump unless you’re one of the hordes of Americans so pissed off at the system you’d vote for a dog turd if you thought it got you an actual stake in the system. So why is all this BAD OLD MAN getting dumped on us? It only makes the Democrats look even weaker.

“The reality of staring at Donald Trump over there as the Republican nominee, now that that’s settled, I think will do wonders to concentrate the minds of Democrats,” Alan Abramowitz

Blah Blah Blah, We know Bernie never much had a chance. His campaign (aside from the resonating message) has been awful. His idea of reaching out to black voters is Cornell West. It’s not 1963 anymore Bernie. The hip-hop generation think that Cornell lost his credibility years ago. The word sheepdog is used a lot by all those lukewarm black voters.

“Sheepdogs are herders, and the sheepdog candidate is charged with herding activists and voters back into the Democratic fold who might otherwise drift leftward and outside of the Democratic party, either staying home or trying to build something outside the two party box.” Bruce Dixon, Black Agenda Report

I’m not black but dam I’m feeling the herding every time someone says Bernie is a bad man for running with a message that talks to me. I’m no longer a republican for a lot of the same reasons. Among them being I can’t be a Christian unless I’m a CHRISTIAN and I can’t be fiscally conservative unless I’m CONSERVATIVE. I’m sorry DNC but that doesn’t mean I’m running to the Democrat’s Sheepdogs, only that I’m a moderate independent.

The actual policy differences between Sanders and Clinton aren’t all that big: Raise taxes on the wealthy, Climate change is real, Rebalance the Supreme Court, Undocumented immigrants are just like almost every American’s great grandparents, Minimum wage should be something you can live on.

“On our worst days…we are 100 times better than any Republican candidate.” Bernie Sanders

Nine out of Ten Democratic voters ended up voting for Obama over John McCain. PUMA, “party unity my ass,” was the 2008 “Bernie or Bust!” Once it’s evident that the machine has rolled over his efforts and made getting the message out no longer viable I guarantee that Bernie will stand up at the Democratic convention and ask his supporters to get behind Hillary Clinton.

So why all the Bad Bernie? It’s just one more misstep from the Clinton campaign that’s alienating voters. SMUG ALERT leaves them thinking they’ve got all those young voters (and whatever category cranky old bastards like me fit into)  in the bag and they can smack around the Old Man with impunity. All those consummate insiders on both sides have misjudged how angry Americans are. Every time you say Bad Bernie it’s not welcoming me into the Democrats it’s driving me away just like the GOP did.

Don’t Blame me, I voted for Kodos!