Why are there Snails in the Subway Station?

Yesterday I got very little actual work done because I had to drive into the city then travel all around the city then drive back to White Plains then home.  And all of that was done really really fast.  But while I was in the 59th St. subway station I saw something that wasn’t fast at all.  Four snails.  Snails made of tile.  It’s not paint.  They aren’t stickers.  They are tile, mosaic snails.  Why?  When did they get put there?

I did some research and found nothing about snails but I did find this really cool pic of how the colors of the tiles in the subway signs matter.  Honestly I KNOW how nerdy it is that I think the Subway is so cool but no joke the stations can be so pretty.  And those tiles got placed by hand.  Look at this color thing (from nycsubway.org) 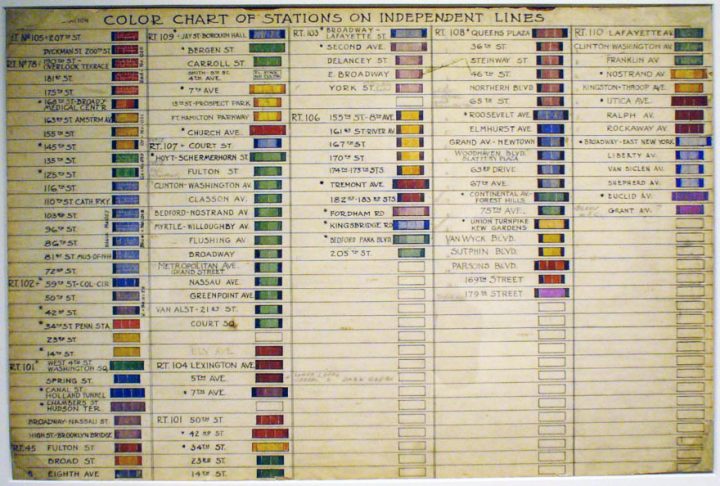 So yeah.  Snails.  I feel like that’s the kind of thing that Tom Hanks would point out to some chick 30 years younger than him while they run through New York trying to save everyone from the…Elks Club or something in a Dan Brown movie.  “Look!  The clue said that the four slow commuters point the way to the…next clue!”  *shady monk hiding in trashcan throws dagger*

Oh and I got these guys during the ride, too.  They were sent to kill Tom Hanks.  Hooray New York!