Solo: When the Gen Pop Loves it but “Critics” Don’t 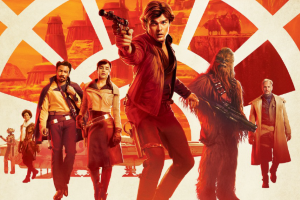 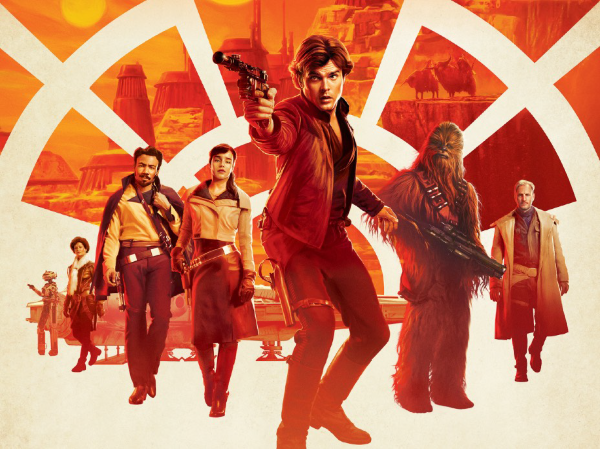 This will be mildly spoiler-y. I’m not going to reveal major plot points but there’s no way I can talk about this movie without mentioning something you probably won’t know unless you’ve seen it, even if by accident. So. Please proceed accordingly!

So there’s a whole big thing going on about Solo for some reason I really don’t completely get, except just to chalk it up to – people get way too worked up about fun movies.

Listen, I love Star Wars. Love with heart eyes and this dumb symbol people make with their hands: 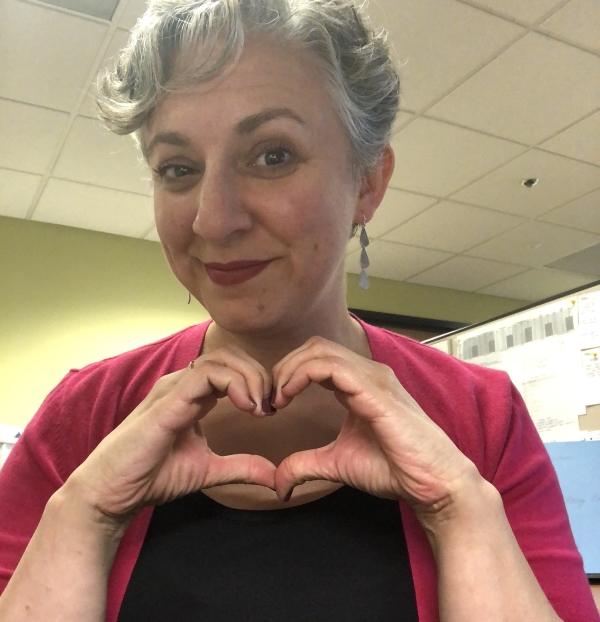 But I also recognize that no Star Wars movie is going to win an Oscar or should be viewed as a Very Serious Film.

It seems that most regular people who don’t fancy themselves amateur film critics, who go to see this movie, really love it. I loved it. I mean lookit, here are some moments that made my heart so happy:

Lando’s like “you’re damn right I’m amazing in every way.” Of course this is how he is. It’s perfect. I mean everyone remembers how smarmy he was toward Leia in Cloud City, right? In Empire? Come on, people.

He also gets super angry when someone shoots his ship, which is exactly how both he and Han have always behaved throughout the entire series. HOW VERY DARE someone shoot the Millenium Falcon. 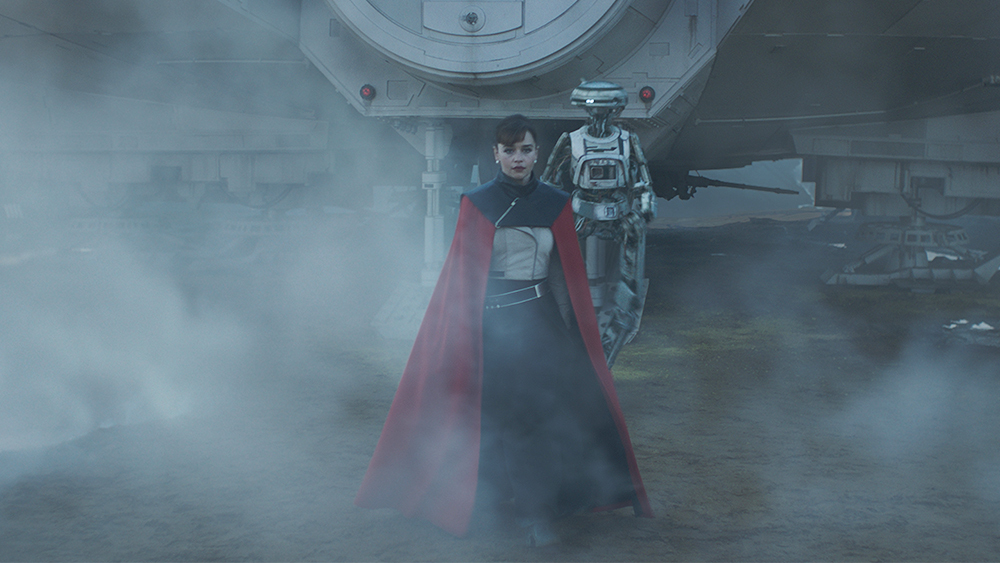 Emilia Clarke is Qi’ra and Phoebe Waller-Bridge is L3-37 in SOLO: A STAR WARS STORY.

Emilia Clarke’s Qi’ra being all bada$$ and scary in this scene. Shortly afterwards she kills someone with some kicka$$ fancy martial arts stuff even though she’s a tiny and delicate looking woman. Kind of like how Leia was all tiny and taking no crap from anybody in the original trilogy, right? Right.

This scene where Qi’ra can’t help but try on some of Lando’s capes, because apparently he has hundreds of them, is one of my favorite things. She cannot even with his cape collection.

I’d also like to take a moment to discuss Thandie Newton’s Val, who isn’t having any of it in this scene.

I mean come on, look at these two kids!

I think people are trying too hard sometimes to find problems, intentionally, with Star Wars movies. Like, have you watched the original trilogy recently? I have, because I always watch it at least once a year. Ha. I adore those movies but there are parts of each one that are ridiculous. And isn’t that part of why we love them? We even have an in with someone working at an actual production company in Los An-gel-es who says it’s the best Star Wars movie.

Meanwhile, some people seem to want to hold the new ones up to some kind of ridiculous standard that I can’t comprehend. Can’t you just enjoy the movie? THEY’RE GOOD MOVIES, BRENT. 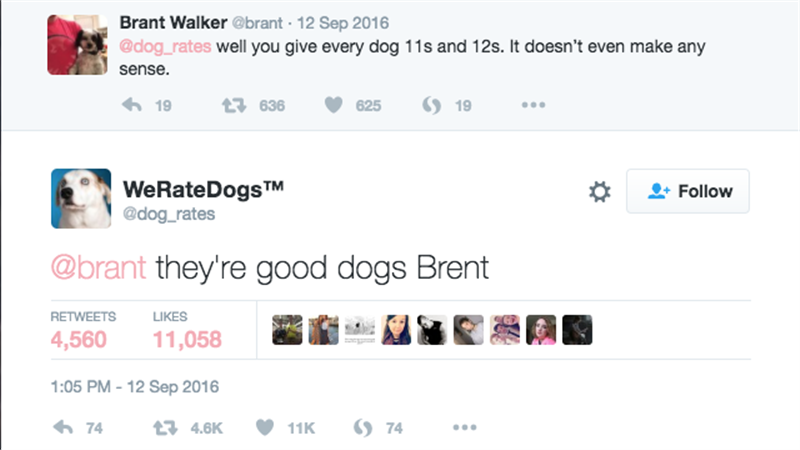 I have seen the most bizarre criticisms of it, ranging from people thinking young Han doesn’t look enough like older Han (sorry Harrison Ford didn’t clone himself? I don’t know what to tell you), to one dude I saw referring to Lando as a “freakazoid” because of some allusion to his sexuality? Honestly? It’s 2018, Rick. Get on our level, gramps.

But look, if you don’t think you’re the next …. fancy film critic who is so elitist I can’t even name a single one, and you like Star Wars movies, then you will probably like this movie. If you go see it and you don’t like it, then I challenge you to a duel.

Now here, please enjoy all these people saying how much they love it: 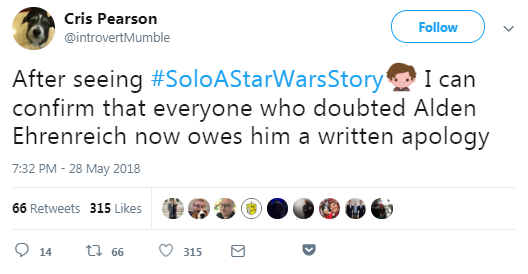 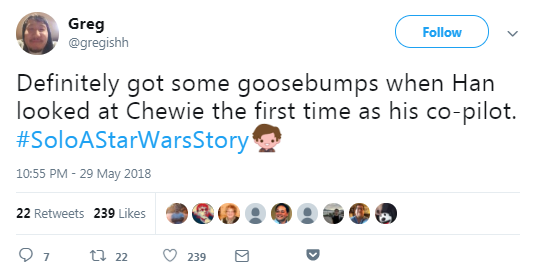 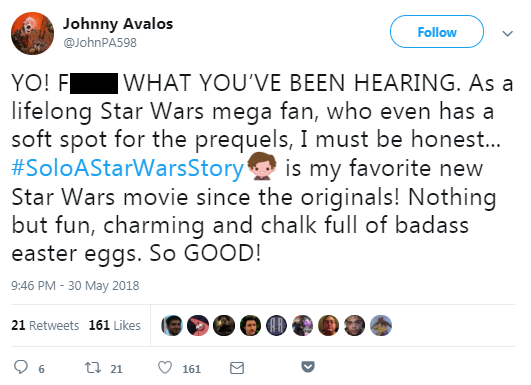