Someone Please Turn Everything Down A Notch 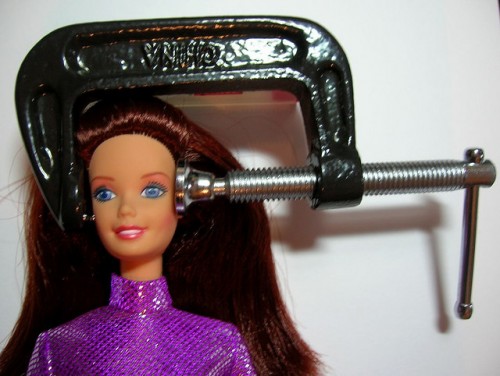 This is a shout-out to all my homies that deal with migraines.

PFFFFT ON YOU, MIGRAINES!

Interesting medical fact – While the exact causes of migraines are unknown, one of the theories is that a trigger causes blood vessels or tissue in the brain to swell, cutting off blood flow and pressing on nerves, causing pain, nausea, etc.

Regardless of the physiological workings behind them, migraines suck more than an over-zealous prom date. If migraines were people, they would be the douche bags that show up at your party and start fights with your sister.

They’re like standing in line at the mall in front of an angry toddler whose mother refuses to acknowledge their child screaming and throwing fine china plates FOR AN HOUR.

They’re like being sucked down a swirling drain of inky black nothingness, being spaghetti-fied and squirted out onto the edge of the gaping maw of a super-massive black hole before being slowly ripped apart head-first with your last thought being of dead kittens.

My particular brand of migraines start with a headache and quickly turn into a nausea that no substance known to man can alleviate. My stomach ends up feeling like it’s full of weeks-old liquefied frying grease. Every light is too bright and every sound pierces into my brain like a rusty, out-of-alignment power drill. Even the act of getting out of a chair brings fresh waves of nausea that leave me wishing I could just puke and get it over with.

Years ago I tried prescription migraine medications and they were the only medications that have ever given me adverse side effects. Both varieties I tried made the muscles in my neck tense up so much that I actually strained them. TWICE, since my doctor convinced me to try the second variety. My body also developed a bizarre muscle memory so that even to this day I still occasionally get the same tight feeling in my neck and throat when I have one.

So how do I cope? Ibuprofen, Excedrin Migraine, red wine and “cocooning” which involves wrapping myself in a comforter in the dark and whimpering softly until I either start to feel better or fall asleep.

So migraines, this is for you.