Sometimes This Job Is Difficult 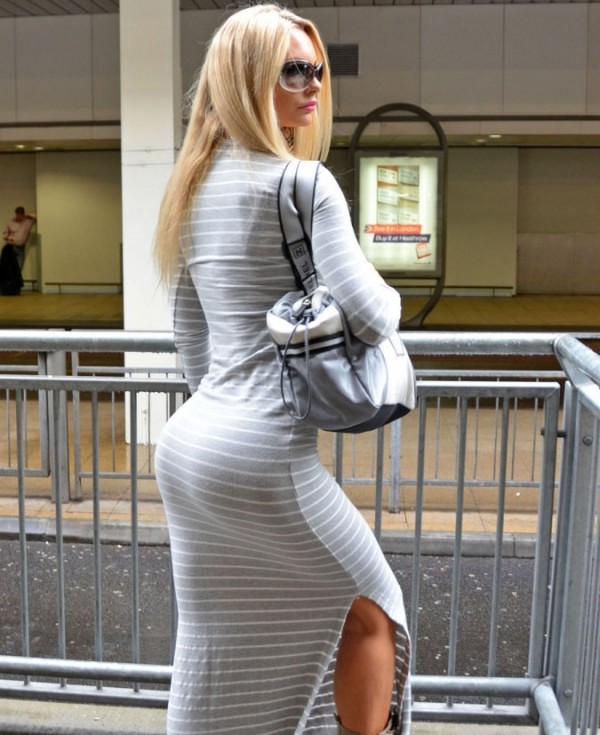 Model or something Sophie Turner went to the airport and stuck out her butt and made sure there were plenty of people around to take pictures of it.  I didn’t follow the story very closely but I think later she had pics of taken of her butt at other places for no reason.

I’m not sure what you think I do around here but pretty much every day at some point I find a few minutes to read all the gossip sites and find ONE thing to write about. And while I do that, I get to see the comedy stylings of the gossip rag writers (Except Perez Hilton.  Screw that guy.  I hold grudges for a long time….) and realize that apparently they all get/buy/steal the same pics and newswire stories and then they put their own spin on them.  Easy enough, right?  WRONG!

They all stunk.  So instead of the fake “news” that surrounds the dumb ACTUAL celebrities (and the lack of non-obvious jokes that could be made about them) I decided to let Sophie Turner and her butt get all the glory of the post today.  Honestly, just look at the picture.  She obviously NEEDS the attention.  How could I say no?  It would be like having one sandwich and not giving it to the hungriest person in the room.  Never let it be said that I’m not fair.  I feel badly even putting the “celebrity” tag on this post.  Ugh.  I think I need some fancy Hollywood contacts to give me actual gossip.  I wonder if Mariska Hargitay misses Chris Meloni on SVU.  That’s the kind of stuff I assume people want to know.