South Carolina – Thy Name is Fat 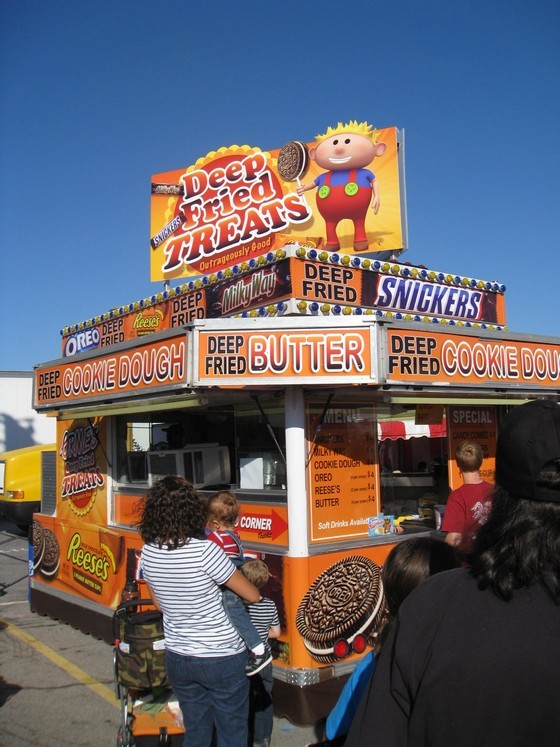 They will fry anything! But at the end of this set of pics is something fried that defies physics!

I have never had a post where there were so many contenders for the banner pic.  After the jump you will see some horrible things the South Carolina State Fair tried to get me to eat.  But before I got to that, I thought you should see the kind of things they were pushing that you couldn’t eat.  Shaney Spires down there won an unfortunately titled scholarship.  There were plenty of people there who were apparently worried that I was going to seek out a pregnant woman and whale her in the gut with a bat and that Jesus would rather I didn’t.

But I think the best part was the food.  You know how some states are known for a kind of food?  Like, Maine has lobsters.  New Mexico has green chiles.  Chicago has deep dish pizza.  Texas has, I don’t know, shakes served by pompous jerks.  Anyway.  I was all excited to find out what South Carolina was famous for.  As I sat at the end of the ski lift style gondola thing I realized that the food stands I saw had an effect.  See the people were supposed to hop off the ski lift chair and jog over to the left.  But most of the people couldn’t jog.  They just got bumped to the side or knocked over or the dude had to stop the whole thing.  There was not a lot of athleticism on display.  After the jump you will see why.  Oh, but the pics in the pig races were fast as hell!

The South Carolina State Fair (made of fat) 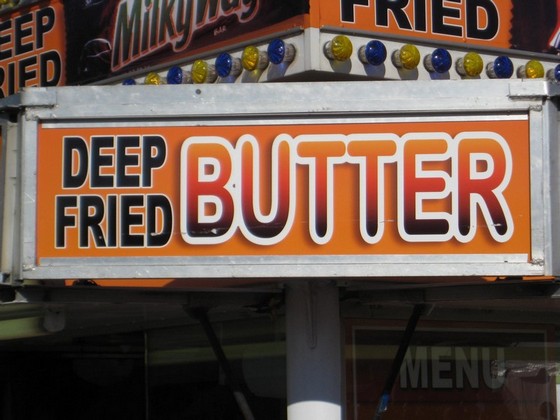 Might as well get this out of the way first. I didn't look at it. I didn't want to get too near at. And I didn't see anyone eat it. But I did see a dead guy behind the stand.

I want a pork chop. But I don't want to sit down. What do I do? A stick you say? Why thank you! 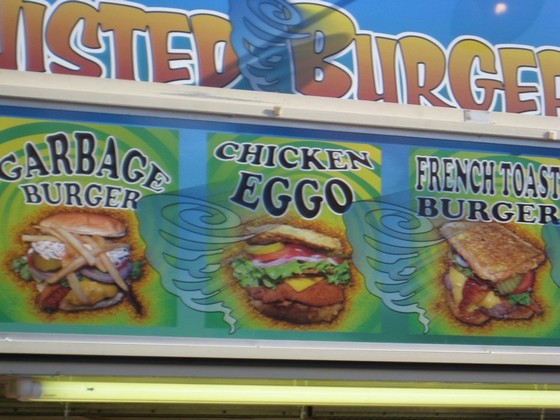 These look good, but there should be something that is worse for me. A little bit of blood is still getting through one of my arteries. 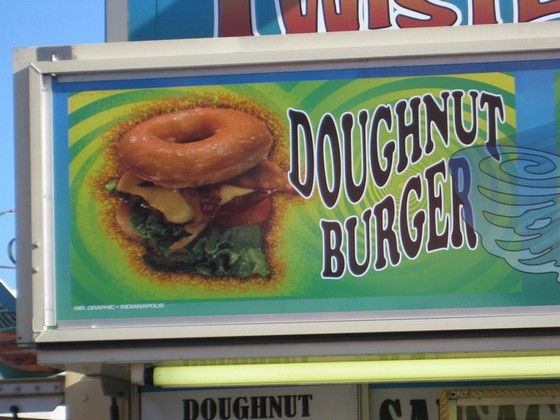 There we go. Doughnut Burger. I'll have two, please. 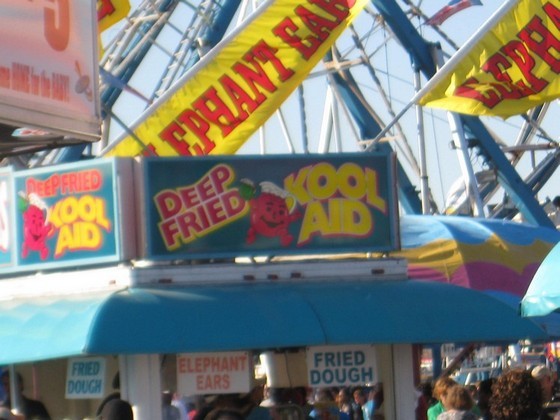 I almost got it. I still sort of want to go back and get it. I need to know how it works. It sounds like it was invented by Lex Luthor. 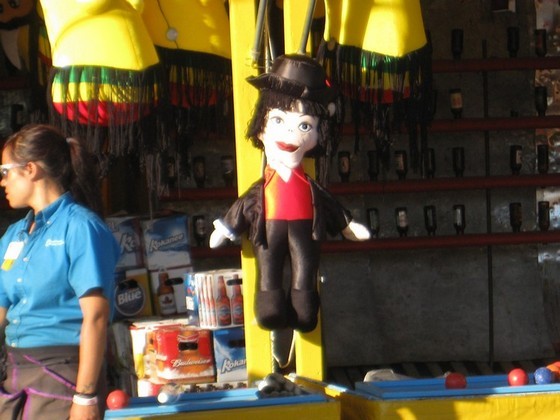 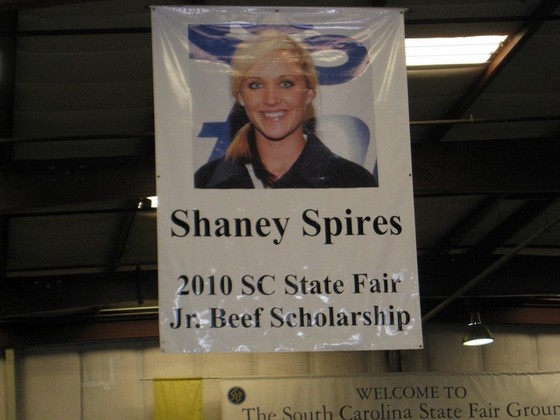 And the other top entry in the non-edible class: Miss Jr. Beef 2010!