Special lady pens are not an actual thing, Bic 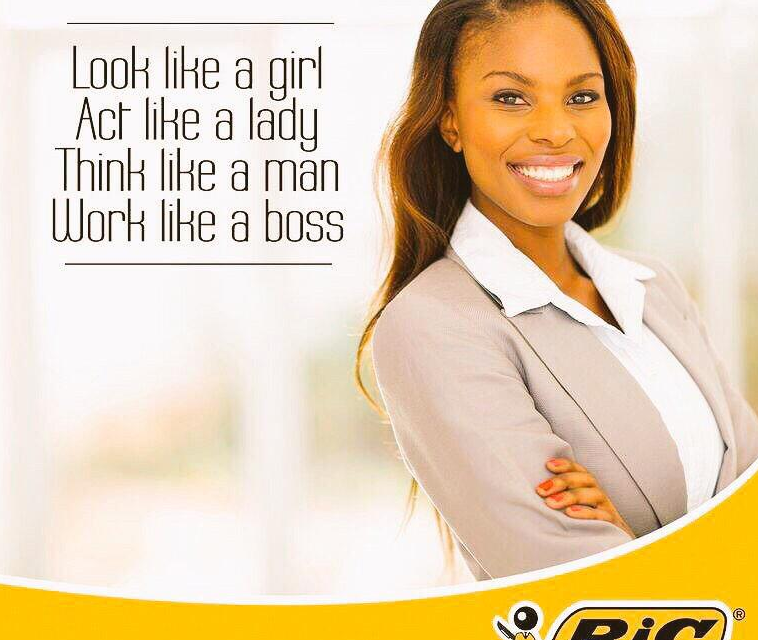 So…. Bic screwed up. They put this ad out, apparently in South Africa, to celebrate Women’s Day. 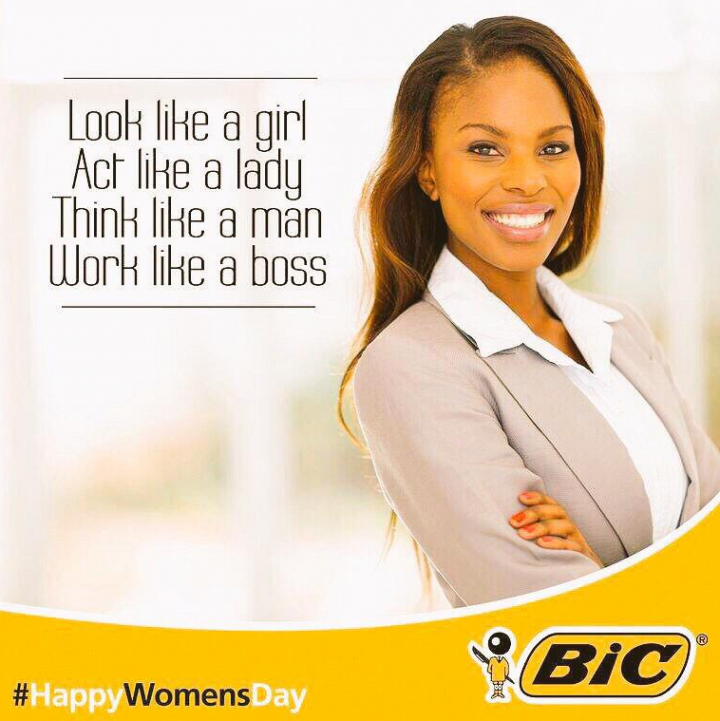 But it didn’t take long for it to be all over the internet. Because, as one of my favorite tweets said, what the actual f&%$, Bic?

I don’t even think I have to begin to explain to anybody with a brain why this ad is a terrible idea. So instead of wasting your time with that, I’ll just point out the following history about marketing products to ladies just because they are pink.

“I thought it was ridiculous that on ‘Bewitched,’ Darrin wouldn’t let Samantha use her powers, and that on ‘I Love Lucy,’ Ricky treated Lucy like some kind of not-very-smart child. Luckily, I turned 16 in 1977, and punk rock gave me role models who did femininity in ways I could relate to: Poly Styrene of X-Ray Spex, and Ari Up of The Slits.”

“I’m happy that people are seeing right through the Bic for Her positioning,” Peril says. “But I have to say, I was a bit shocked. I didn’t realize that the level of idiocy that those pens represent was still going on. We’ve really jumped backward with the gendered products introduced in the last 10 years, and it’s disconcerting. I’d thought we’d left this idiocy in the dust, but no, it’s back.”

And how about how when Bic first came out with special lady pens they actually asked Ellen Degeneres to be a spokesperson because, I suppose, they don’t have any idea who Ellen Degeneres is.

They obviously think, among other things, that women can’t do basic math, because all these lady pens cost more than what are, I assume, by default, the “man pens”.

And now I’ll show you the delightful reactions on the internet. Read the customer questions and answers on this Amazon product page.

And enjoy a few of my favorite responses on Twitter:

I tried to make that Bic advert a bit more relatable pic.twitter.com/d0YLcdqxXM

If a dude asks if you're on your period cus you're mad about Bic just smile, burn his house down and write YUP in tampons in the driveway

And if you have time to go down the entire rabbit hole, here you go: