Stephen King – Out of Ideas?

Being from Maine, I have a soft spot for Stephen King.  Some of the stories he tells are very good.  Some suck.  And I have to say that I never ever found anything that he wrote scary.  Like, I was never scared that Barlowe or Jack Torrance or something was gonna get me.  Even when I was a kid.  But as scary as his stories weren’t you could usually bet that they were gonna be original (more or less).

Here’s some of the description of his new book coming out this fall from Stephenking.com

On an entirely normal, beautiful fall day in Chester’s Mill, Maine, the town is inexplicably and suddenly sealed off from the rest of the world by an invisible force field. Planes crash into it and fall from the sky in flaming wreckage, a gardener’s hand is severed as “the dome” comes down on it, people running errands in the neighboring town are divided from their families, and cars explode on impact. No one can fathom what this barrier is, where it came from, and when—or if—it will go away. 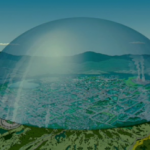 OK – so I am no literary genius (actually I am but I don’t want you all to feel dumb) but isn’t this what happened in the Simpson’s movie?  I mean, a big dome over the town?  You can call it a force field, and maybe it was spawned by a witch or it fell out of Satan’s ass, but essentially, the story is the same.  Big dome, people can’t get in or out.  Except through Maggie’s sandbox.

So the question becomes, what is the rest of the story gonna be about?  Did Lenny get separated from Carl?  Did Principal Skinner get skinned?  Did the Bumblebee man make an appearance?  I hope we find out all of these things.  And I hope S.K. realizes that seeing something that already happened in another media and then saying: “What if I do that, but with horror!?!” does not count as an idea.

Seriously.  Mr. King.  Steve.  You already pissed me off with that shitty miniseries of The Stand.  Don’t be writing books about old Simpson’s plots to make it worse.  Also – if you ever make a series of the Dark Tower, Viggo Mortenson should be Roland.  Thanks!