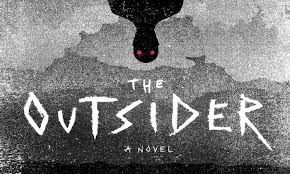 Imagine a terrible murder occurs and you are the prime suspect. Someone positively identified you as the perpetrator and now you’re facing a fight for your life as you try to prove your innocence. That doesn’t sound too far-fetched, probably happens to thousands a day. But in this instance, it’s just a tiny bit of the plot to Stephen Kings novel, The Outsider. As you can expect with any King novel, there are many twists and turns, a little dash of horror and the supernatural involved in this story. And a little network named HBO just picked it up for a miniseries.

Ben Mendelsohn (Bloodline) will star and produce the series along with Jason Bateman. Bateman is also set to direct the first two episodes. The cast is also impressive with such names as Cynthia Erivo, Bill Camp, and Julianne Nicholson among others. Richard Price is slated to write. You may recognize his name from two other popular HBO series, The Deuce and The Night Of.

Have you read The Outsider? If so, what are your thoughts on the upcoming adaptation? Be sure to subscribe to Superficial Gallery to for all the latest in horror news.