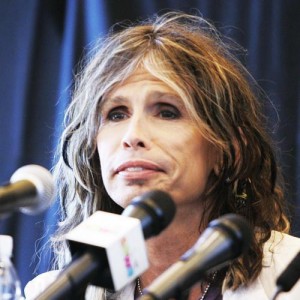 The octogenarian fell off the stage during a concert in South Dakota when the sound system failed, injuring his head, neck and shoulders.  I can’t say I blame the sound guys, really.  He was singing Love in an Elevator so it could be the music gods finally decided to punish him.  Or perhaps South Dakota is simply a place full of extra gravity.  At this rate, the three brain cells he has left (those not drug and booze fried) are going to spend his golden years arguing with each other.  This could lead to some really entertaining antics on stage and in line at Starbucks and on talk shows.  It could also lead to more unfortunate plastic surgery.  Time will tell but I’m looking forward to this.