Stop Working and Watch This Movie Based on Battleground 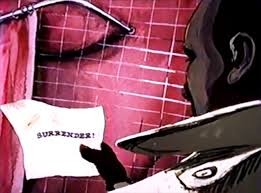 Any good Stephen King fan knows Battleground, a short story of toys on a deadly mission, from King’s seminal 1978 Night Shift collection. However, you’ve probably never seen a decent film adaptation of it, particularly not a Soviet Ukrainian one full of all the rotoscoping cartoony glory and synthesizer soundtracks of 80’s animation. This 1986 short film titled Srazhenie (The Battle) was made at the USSR Ukraine studio Kievnauchfilm and is pretty much the best thing you could do with your time today.