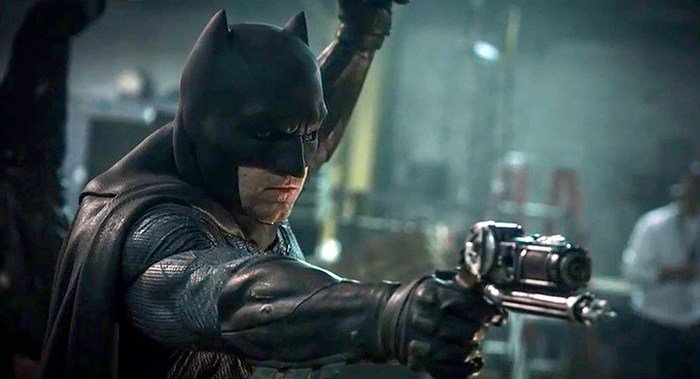 Ben Affleck apparently has Roman hands and Russian fingers because he is now apologizing for groping an actress on MTV years ago.  And I heard this morning that someone else wants an apology for a more recent incident.  Now, I have a few thoughts on all this but I want to make sure my main point does not get lost:

Do not take out whatever anger you have at Ben Affleck on the Justice League movie.  Don’t boycott it.  Don’t protest.  Don’t do any of that crap.  Why?  Because there are a lot of other careers riding on this movie that have nothing to do with idiot Affleck and if they make a crappy movie (and it is possible they have) they will blame it on protests if they occur.

Now, I am not trampling your 1st amendment rights or anything.  I can’t STOP you from protesting.  But I can earnestly plea for you to protest a BEN AFFLECK project if you want to protest.  Justice League is not his.  He is an actor in it.  He should not ruin the work of Gal Gadot or Jason Momoa or the Flash and Cyborg guys.  I am blanking on their names atm.  Leave Justice League alone!

That said, here are my thoughts on the Affleck revelation as well as the Weinstein stuff:

See, it is not that they “let you”.  It is that they don’t feel like they can stop you.  It is like saying that a baby will “let you” throw it in a tree.  It is impossible for me to feel like those women felt (and feel every day) and I am not about to judge how they “should” feel.  That is nonsense.  From what I observe, Affleck seems more like a lunkhead than a predator, but motive doesn’t matter.  I am glad he apologized and hope that more dudes who have done the same thing speak out before getting accused.