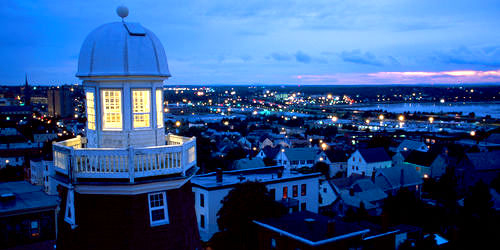 USA Network is having a James Bond Marathon today, and they started with the George Lazenby one.  Or whatever his name is.  There have been a bunch of James Bond’s and I think people who are really into it have little slap fights about who was the best one.  Sean Connery or Roger Moore or Michael Moore or whoever else played him.  I never cared too much.  And I never wondered if Captain Kirk was better or worse than Captain Picard, either.  I guess I am not learned enough to make an educated decision.  I do know that Arnold was way better than Al on Happy Days. Wayyy better.  But we are talking about James Bond – so here is a video of Eddie Izzard talking about James Bond.  I will make you fuckers love Eddie Izzard if it’s the last thing I do!

I don’t know who this will surprise.  I mean, if I could get a few billion in exchange for letting some dude who will be dead soon out of jail, I would so do it.  But I would have also had the plane blown up as soon as it got over Libya and then insisted it was a coincidence.  Then I would have spent all my delicious money.

Here’s the opening quote of the story, guaranteed to tug at your heartstrings:

Some knew her, others only knew of her. But they will never forget the day 18 years ago when the blonde, blue-eyed 11-year-old was snatched in broad daylight on her way to a bus stop.

So yeah….this girl.  Then that model who got stuffed in the suitcase.  That chick down in Aruba or whatever it was, Natalie Holloway?  It sucks that all these white girls are getting kidnapped and murdered.  This must be a great time to be black or Asian or Latino or something other that white.  Cause I have been watching the news all day, and apparently nobody who isn’t white ever gets kidnapped or murdered.  Except Michael Jackson, and that’s iffy.

I don’t usually think about Los Angeles very much unless it involves the Nakatomi Building and John McLean battling Professor Snape.  But this story caught my eye because apparently:

Do all of those things count as Los Angeles?  I have actually heard of Glendale and Pasadena, but I thought they were their own towns?  Do people have to write Big Tujunga Canyon on their envelopes as their return address?  Does anyone really care very much if rich people in Los Angeles get their houses burned down?  I don’t think so.  I remember the year of hurricane Katrina, later on that year there was hurricane Wilma.  I lived in Boca Raton, FL at the time and that hurricane fucked us all up.  No power or water, my car got flattened and blah blah.  But does anyone care when non poor people get disastered?  Nope.  Talking to some rich fuck in Palm Beach who tearfully looks over the ruins of his estate and says in a choked voice: “I guess I will have to take my helicopter to my place on the Outer Banks” does not foster ratings.

What’s the last hurricane in Florida you remember hearing about?  Andrew, right?  Why?  Cause it wiped out poor people.  Rich people can’t get a break.  Except that they’re rich, I guess.  I don’t know.