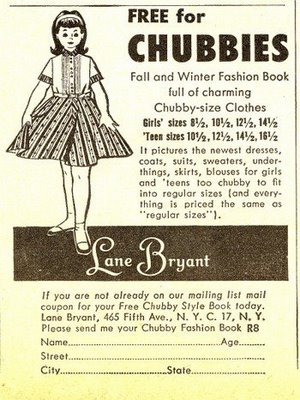 This website is free for everyone. Not just Chubbies.

I wasn’t sure what I wanted to do with this post but that Free for Chubbies ad has been sitting on my desktop for a while (don’t judge me) so I decided to put together some terribly inappropriate but still funny ads from the olden times.  I guess people long for the good old days when men wore hats and women apparently wore whatever the men told them to wear.  My favorites are the smoking ones.  I’ll never forgive you sissies for making me quit.  So much hate.

So the ads got me thinking about the 50’s and 60’s and trying to figure out if they were as cool as old people say they were but then I got distracted and found this old school website and now I am all messed up.

First of all, it says it was updated last year, but it has that primary color left justified awesomeness that just screams 90’s.  And it is someone using Billy Joel’s We Didn’t Start the Fire as a teaching tool.

Anyway, Someone named Mr. Allsop made a video for the song.  And fuck me if each verse isn’t about a specific year.  IN ORDER!  I always thought it was a bunch of random crap shoved altogether.  Well, I guess it is but it is BY YEAR!  Also, Marilyn Monroe and Grace Kelly were frigging hot and I refuse to learn why there were Belgians in the Congo.  But go watch Mr. Allsop’s video and learn something.

Now, why do I have Charlize Theron up there?  Well, because I watched a video for a song that is actually from now.  Brandon Flowers has this song Crossfire and in the video he has Charlize Theron fighting ninjas.  This guy is a goddamn genius.  Who doesn’t want to play this scenario out?  Like, the guy is all beaten up (probably cause the ninja’s got the drop on him while he was sleeping) and then Charlize Theron comes in and kicks their asses.

Why Charlize Theron?  Well, I suppose you could ask why not Scarlett Johansson or Natalie Portman or someone “younger”.  Or you could remember that one time Charlize Theron did this which makes her cooler than any other chick in the universe.  So the dude keeps getting captured and she keeps saving him.  It’s pretty much perfect.  Well, I have two minor quibbles.  First, in the second scene, the ninjas would not be fiddling with dials and shit.  That’s not what ninjas do.  They lurk.  They don’t make toast.  And second, I don’t care how beaten up I am or how brave and tough Charlize Theron was when she saved me.  No fuckin’ way am I letting her drive home.  Shit’ll make me nervous.