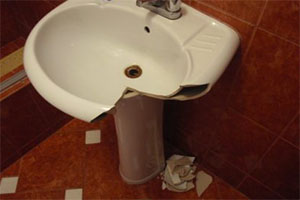 Not So Secret Origin

I didn’t tragically lose my parents at a young age. They are both alive and well, and as embarrassing as any two parents can be. I’m not an alien, if that’s what you’re thinking. Honestly, I think that most aliens would not look humanoid to begin with, but let’s not go destroying your fragile misconceptions about life in this universe. I didn’t get caught in some ridiculous lab accident and suddenly acquire powers. Really, I might not be that great of a student, but even I know that the odds of that happening are nearly impossible. It just doesn’t happen. I’m not the love child of some immortal god and one of my parents after an ill timed affair. Let’s get real, if you were part of some all powerful race of gods you would think that birth-control would be a given. I also didn’t have my powers bestowed upon me by some unexplainable futuristic technology or dying member of an alien race.

I’m just me. I mean I’m awesome, that’s a given. But I was awesome before my powers ever came along. It started on my 13th birthday actually. If you even think of calling me a mutant or that this has something to do with puberty I will snap your neck. Maybe it’s genetic, maybe it’s not. But the truth is I just don’t know. Nobody does. The doctors can’t get a needle in me, so they can’t check my blood. My hair can’t be cut either, so scientists can’t analyze that, at least not with me still attached to it, and I refuse to be a lab rat. At first that’s what everyone wanted. But I wouldn’t stay put and they couldn’t make me. Do you know how uncool that would have been? I have a reputation to uphold.

So I woke up on my 13th birthday, just like any other day. I got showered and dressed and I went to style my hair. I was going to have a great party, and everyone was going to be there. Well at least the good looking kids were. I obviously couldn’t have the ugly kids come to my party. I started to comb my hair and my comb snapped in half. I didn’t understand at first. I was just upset that I couldn’t get my hair to look good. I had a party in 3 hours and I couldn’t have my hair looking the way it did. Like any smart fashionista I had another comb, several actually. I broke another one and then another and then a brush. Now I was really hot. I slammed my fist down on the sink. It shattered and crumbled. My parents came into the bathroom, which was totally rude. They then blamed me for the broken sink and said they were going to take it out of my non-existent allowance. As if any of this was my fault. Fortunately we had a spare bathroom, which I hated using because it always smelled like the last relative who visited, usually one of my grandparents. 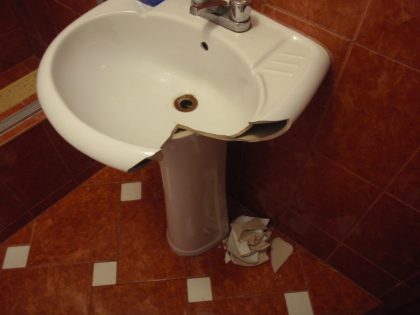 Can you believe the tile?

I still wasn’t aware that I had powers at this point. I just thought it was all a freak accident and somehow karmic punishment for who knows what. It’s not like I’ve ever done anything bad. I’m pretty and people like me, what’s so wrong with that. I managed to blow dry my hair and comb it out with my fingers. I put it in a bun and found a halfway decent hat to wear. I wasn’t happy about it but I had to improvise. After getting my makeup on I went over to Lynn’s house.

Lynn’s been my best friend since Kindergarten. I knew then that she would be popular and good looking and would only help me be popular and good looking. I told her what had happened and she didn’t believe me of course. She wanted me to break something to prove it. After crushing several rocks in her backyard, she wanted to move on to bigger stuff. I really wasn’t interested, but she wanted to see how much I could do. She started in with the ridiculous idea that I could be a hero. Okay, maybe it wasn’t so ridiculous. But I just wanted to get ready for my party and I already had to redo my nails because of all the stuff she wanted me to break. She just didn’t understand how important it was that I look my best at my party and that she be there looking her best too.

About an hour before my party I finally got her to calm down and swore her to secrecy. I couldn’t have anyone finding out that I was a freak. She wanted to tell everyone. Aside from a few government officials, and my family, and her, nobody knows. I need it to stay that way. The party went perfectly well. But afterwards she wouldn’t stop talking about the super hero idea. She finally convinced me. We didn’t know the full extent of my powers and I still don’t. I seem to develop more as time goes on. I don’t have many weaknesses. But there are some. I’m fast, but I can’t break the speed of sound. There are limits to my powers apparently. I’m strong, but sometimes I hit things too hard. I can’t control it always. I might mean to throw a car a block but it will go ten. I have to sleep and eat like everyone else. I also have an identity. If people knew who my friends and loved one’s were, it would be easy to get to them and to me. The government helps erase traces of me so the bad guys can’t figure out who I am. I can stop bullets, but there may be weapons out there that I haven’t tried to stop. I’m not sure how I would handle massive blasts from a missile or something. Thankfully no one has ever tried to fire one at me. But that doesn’t mean they wouldn’t try.