“I have one piece of advice for you

No matter what a stripper tells you

There’s no sex in the Champagne Room.. NONE!” -Chris Rock

There is no abduction in the movie Abduction. Sure Taylor Lautner is pretty and he can turn into a werewolf but those obligatory shirtless scenes and blinding white teeth are only going to appeal to team Jacob. The rest are going to be asking why we paid to go see this movie. The only way Abduction is going to become a wild success is if it becomes one of those campy cult favorites where the audience throws rice and laughs at all the unintentional jokes.

One hundred and six minutes of Taylor Lautner looking constipated. Or maybe that’s trying to act. It’s hard to tell in this one. Even in the big punch up on a train Taylor barely manages a few accidental dramatic moments. It’s more like the football team just got caught at a kegger not a life and death fight that results in a man getting chucked out the window. It’s not all Taylor, Lily Collins has not a single bit of spark with her hot body co-star and none of the other big names that pinball in and out are used as more than momentary eye candy.

Taylor Lautner is nineteen. I have no idea how I’d have dealt with my entire future being based on one big throw of the dice when I was nineteen. I sure as hell wasn’t that good looking. Hollywood is an unforgiving kind of place but take off your shirt and flash a smile Taylor and they’ll give you a second chance at the lead. I’d just get better handlers and maybe a few acting lessons first. 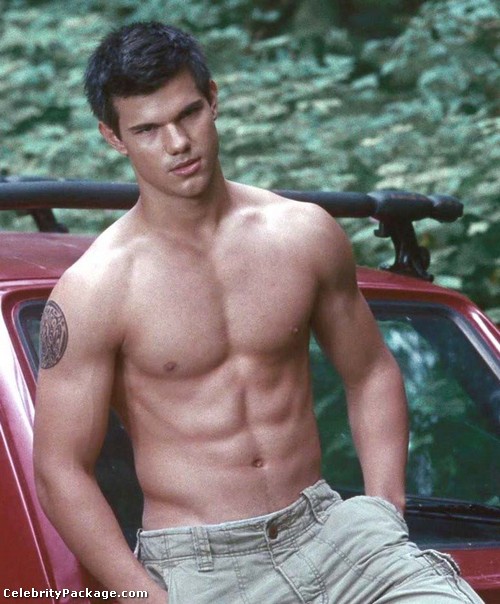 Q: How many screenwriters to make "Abduction" a good movie? A: One more than they had.

On the surface John Singleton should have been the ideal director for this movie. He’s known for fast fun second tier movies like Four Brothers. Somehow that got translated into bland, boring, and downright stupid in Abduction. I’m envisioning executives stepping with vetoes and suggestions to make things more appealing. “Let’s go with less risky and some product placements.” Face it that executive getting the big bonus this year thinks you’re a moron with the attention span of a gnat and he’s going to keep on making these movies until someone fires him and the next interchangeable suit steps in. I’m willing to bet John Singleton feels like he spent the night in a cell with a guy who wanted to play doctor every time he thinks about Abduction.

Nathan (Taylor Lautner) has problems. I was thinking that his dad must be Paddy Conlon from  Warrior. Both dads seem to think that beating the crap out of their teen age sons is a method of teaching them self reliance. Huh? No wonder Nathan has a screw loose. The kind of kid who thinks it’s funny to have a laugh about abducted kids but whoa isn’t that him in that aged photo? Remember, there is no abduction in Abduction. Before you know it Mom and Pop are murdered and there’s a Serbian gangster threatening to kill all of Nathan’s Facebook friends. (Don’t you just smell an executive memo there) Sigourney Weaver comes to help find out who Nathan’s real parents are and how he ended up with… Oh hell this is so dam boring I don’t even want to write about it.

Abduction is a large pile of wasting my time. Taylor Lautner takes his shirt off twice. If you’re not a pre-teen with a built in immunity to awful movies as long as there are pretty people in it run away from Abduction. Watching it is an exercise in survival not entertainment.

(A private note. If you’re a pre-teen girl who likes hunky boys like Taylor Lautner and can blithely gossip, text and giggle meaninglessly through the mind numbing parts of a movie like Abduction please let Acadia know so he can send you to review the next giant pile of crap that’s released. I’m not going to any more movies like this)

Now this one I'd go see.