About three weeks ago my friend Kristin said I absolutely had to see Thor. Kristin is the kind of person that dresses up for cons and can have an enthusiastic five minute conversation about whether the guy with the bow and arrow is actually Hawkeye. (It is) Well, I thought to myself, anyone who’s taken a photo of themselves behind a Mickey Mouse waffle must know how to have fun. Seventy eight percent of the critics at Rotten Tomatoes agreed with her. Then came the clincher; Roger Ebert hated Thor. How could I possibly not go to a movie Ebert hated?

So begins the saga of Thor. Banished to the realm of Earth and pure of heart I set out only to be thwarted at every turn. On the epic voyage to the Station of Gas the gods of Oil robbed me of my ticket gold and then I had an encounter with the villainous Man from Porlock who called and talked too long on the phone before being laid low with an evil curse that left me in bed sick. The bald truth is that the Mom and Pop movie theater I go to has cut down to a three day a week schedule and you’re SOL if you can’t go then. If you include the stale popcorn a family of five can blow a hundred bucks at the movies. The mobile food bank draws a crowd but the theater is empty. How am I going to get through this depression if the movie theater closes? Netflix will not be enough!

Anyway the Marvel machine has churned out another movie. They’ve dug down to the second tier of the Marvel Universe superduperdom and unleashed the mighty Thor. There are the requisite plugs for other Marvel products, Stan Lee makes his customary cameo and Chris Hemsworth (Thor) is already contracted to appear in the upcoming Avenger’s movie directed by Joss Whedon. Aside from the idea of Felicia Day cast as a superhero (There has to be a red haired Marvel heroine Joss) I was left with the distinct impression that I was about to see a full length trailer for the Avengers movie. 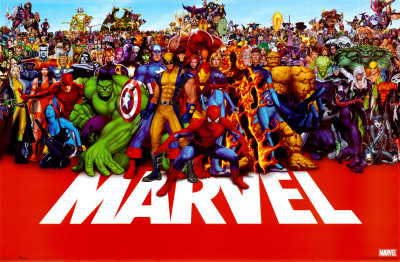 I remember when Kenneth Branagh was making Shakespeare; Henry V, Much Ado about Nothing, A Midwinter’s Tale, Love’s Labour’s Lost, Hamlet even! The man has a pedigree starting with a degree from the Royal Academy of Dramatic Art. What in the world is he doing directing a summer popcorn blockbuster? As a guess I’m going to say he was brought in to class the joint up a bit. Superheroes just aren’t three color pulp paper gods anymore. No they have mythos and class with lots and lots of CGI. The bar has been raised and we’ve got standards now.

The Marvel Universe is complicated but never complex. Hulk Smash! Thor Smash! The big difference is that Thor has a hammer called Mjölnir that was “Forged in the heart of a dying star.” That and he has cute blonde hair and can be cured of smashing coffee cups through a single scolding. Try that with the Hulk! When you carry a hammer that can crush mountains you apparently care a lot about etiquette and what girls think about you.

Chris Hemsworth packed on so much muscle for the role of Thor his costume no longer fit when they went to shoot.

Chris Hemsworth makes an affable Thor. He’s kind of an Aw Shucks god of thunder, war and strength. Since old Odin One Eye as played by Anthony Hopkins is kind of a Norse Ward Cleaver it all works out. “Gee Loki. Dad’s gonna clobber you for breaking the treaty with the frost giants!” “But Beaver all I wanted was to look at the Casket of Ancient Winters.” Urk, and it took five writers to turn out this drivel.

Thankfully Thor doesn’t need a fancy script. Making Natalie Portman look like a midget Chris Hemsworth forgoes the complexity of recent superhero movies for the brawny good looking hero that doesn’t have to think too much. By Crom! Having muscles like that makes for good movies even if it’s questionable in a governor. I’m only wondering why Lady Sif has so much of a costume since her comic book alter ego definitely goes for the itty bitty chain bikini.

Jaimie Alexander (Lady Sif) turned down the role of Wonder Woman in the controversial TV show and has made claims that once she was cast in Thor “It sort of took me out of the running of anything tied to DC Comics.” Who knew that Marvel and DC maintained such cutthroat blacklists? Anyway Thor gets banished to Earth where he meets ups with Jane (Natalie Portman who’s careened from the Black Swan to Thor and shown off her butt in one of those itty bitty chain bikini’s on the way) Jane studies celestial phenomenon by rushing around in a van like a storm chaser. I’m willing to forgive a lot in movies but really? Saying Einstein-Rosen Bridge a lot doesn’t forgive bad make believe science. 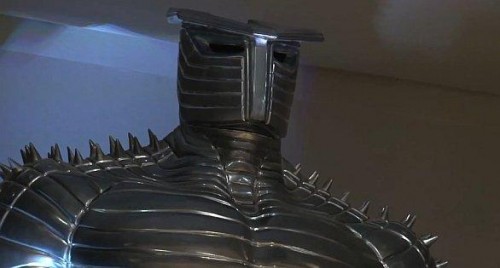 All in all it’s a fun movie. The Frost Giant’s loom menacingly and Loki plots while Thor twitches the beefcake. The giant robot might be Gort from the original version of The Day the Earth Stood Still but I liked Gort and this updated hollow version has the same menace as the original. The pseudo science about the Rainbow Bridge didn’t cause too many convulsions and I didn’t have to think to hard leaving me free to enjoy myself. I don’t really care that Hawkeye was the only Avenger to be inducted into the Justice League but I am intrigued by the idea of Joss Whedon’s superhero pie due to be released next summer. Maybe I’ll get Kristin and her friends to go to that one first too.