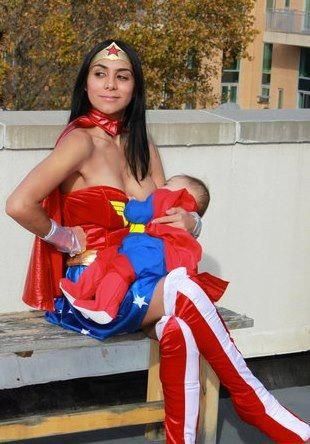 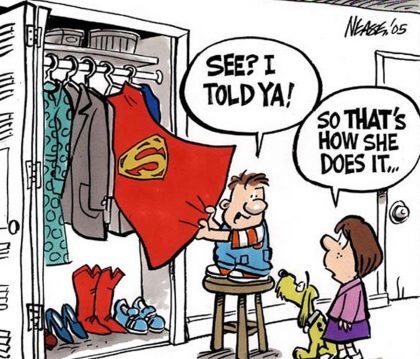 I’ve been watching Supergirl on Netflix. It’s kind of like that old thing they said about Fred Astaire and Ginger Rogers: “Sure he was great, but don’t forget that Ginger Rogers did everything he did … backwards and in high heels.

Guys and gals in blue tights with super powers are one thing. The writer will always find a way to save the day even if the evil comic book overlords have it in for the hero. What gets me is the real people who do amazing things especially those who do them … backward and in high heels.

Anna Young doesn’t actually run marathons in high heels. She did however figure out a way to both run and take care of her newborn daughter. This woman ran eight miles in a half-marathon, took a break to pump breast milk then finished the race. I think she’s from Krypton.

“I nursed my daughter before I left my house, pumped after running the first 8 miles and nursed her after I made it past the finish line.”

#normalizebreastfeeding is one thing Anna. Doing it while running a marathon is just HOLY SHIT! I hope you inspired hundreds of women who might be shy about something so natural under more normal conditions.

Just remember Anna: You don’t know fear until you’ve put a nipple into the mouth of an infant who’s just got teeth!  You may yet need those superpowers!

My kind of superhero! (Is it so wrong to breastfeed in a superhero costume?)