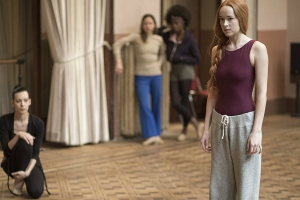 As you are hopefully aware, I am doing a year-long project, along with guest writer James Olchak, watching one horror movie a month and reviewing them for you here. Suspiria (1977) was the very first one I watched, in January. 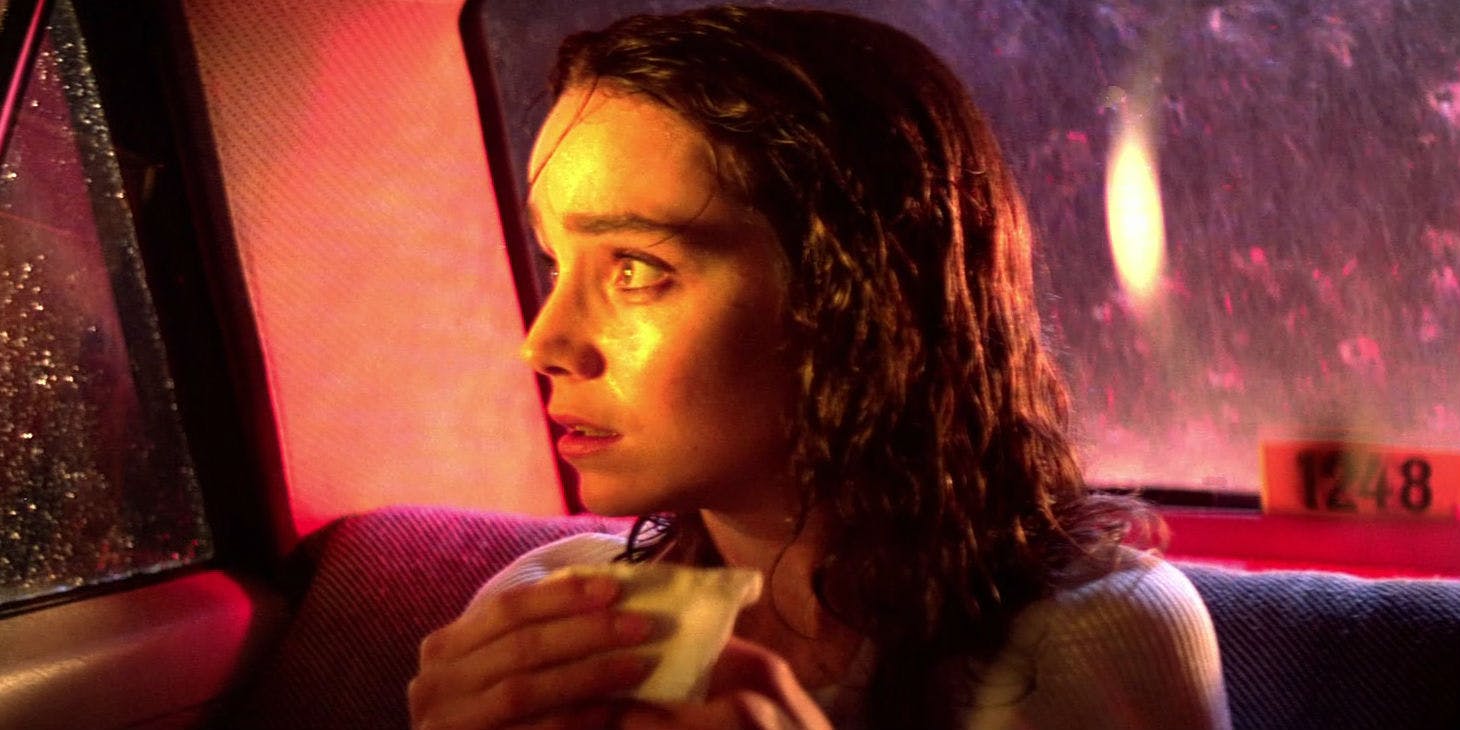 Jessica Harper as Suzy in the 1977 film.

What I have found since watching this movie, when discussing it with others, is that people mostly seem to love it or hate it. I feel like for me, my appreciation for it is growing over time. Which is why I am both excited about and wary of the remake coming out this year. I decided to watch the trailer and tell you what I think about it.

Dakota Johnson on the left, Jessica Harper on the right.

Suspiria (2018) is due to be released on November 2 of this year. It stars Dakota Johnson, Chloe Grace Moretz, Mia Goth, and Tilda Swinton.

I’m honestly not going to see a movie with Dakota Johnson in it unless there are other compelling factors, as she hitched her cart to the 50 Shades horse and I just absolutely cannot with that entire series. However, there are compelling factors, namely Tilda Swinton and Chloe Grace Moretz. So despite Dakota, because of these other women and the fact that I have a wary connection to Suspiria now, I think I will plan to see it. 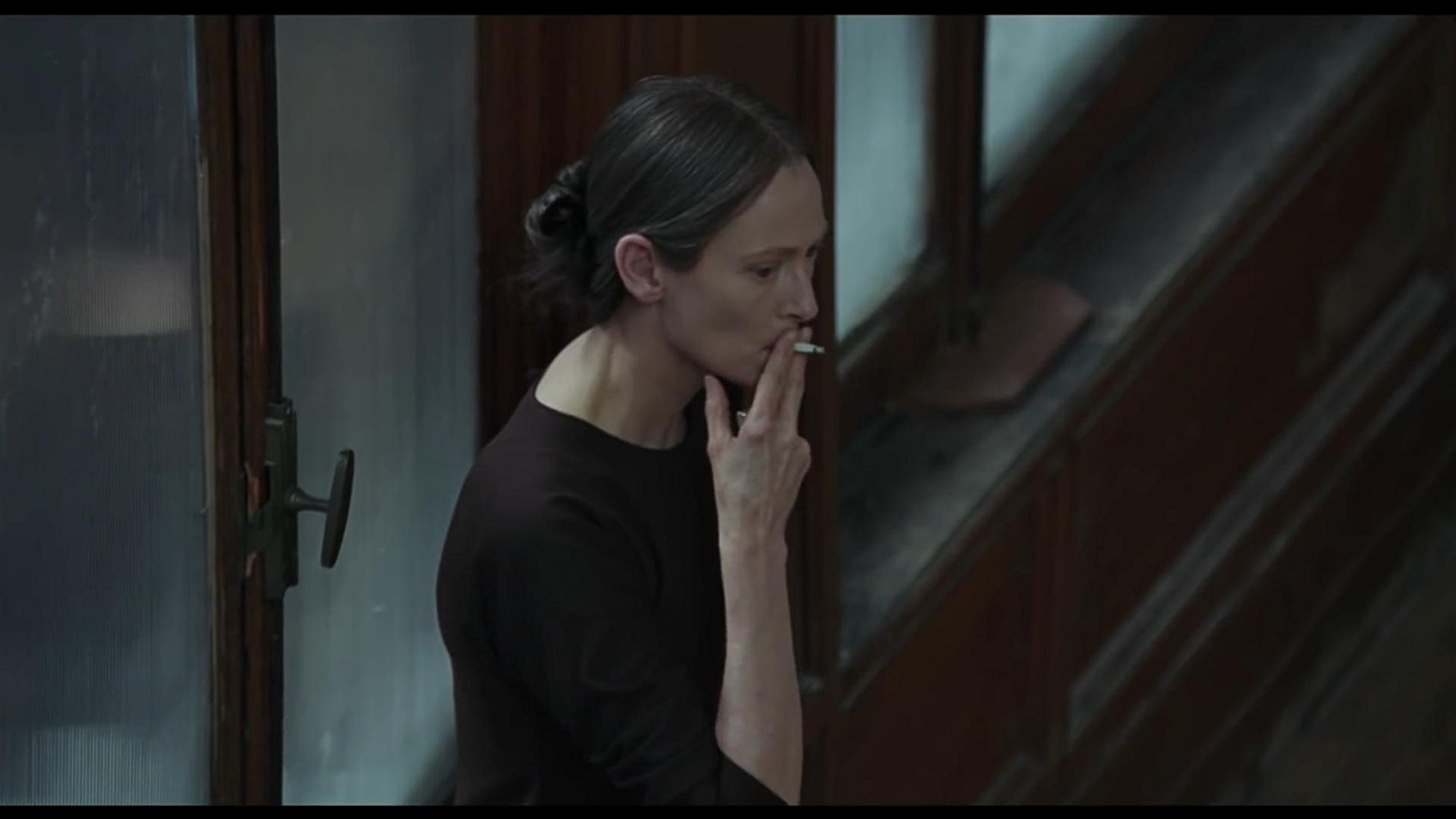 Let’s talk about the trailer now. First of all, to give you a starting point if you haven’t seen the original, here is a fanmade trailer that I think is pretty good, of the 1977 film:

Some of the standout components of the 1977 film are its bright color palette and its musical score. Now by comparison, let’s look at the 2018 trailer:

One of my problems with the original was that the effects were ridiculous. The blood looked like red house paint, the special effects of witchy or ghost and ghoul types of things were laughable to me and therefore not scary. However, I feel like a lot of the acting and definitely the music and the sets offered a lot. While I understand that it can all feel a bit over the top, I feel like the remake is missing something by making the color palette so earthy and dull. I can’t speak to the score really without seeing the entire movie, but it definitely has a different feel.

While I think the original movie built dread well because of how pretty much every visual and auditory experience in it seemed to be designed to make poor Suzy feel alienated and off-balance, I know of course that dread can be built quietly as well, which I do think the trailer for the remake seems to do well. Tilda Swinton is excellent from what I can see, and creepy as they come. 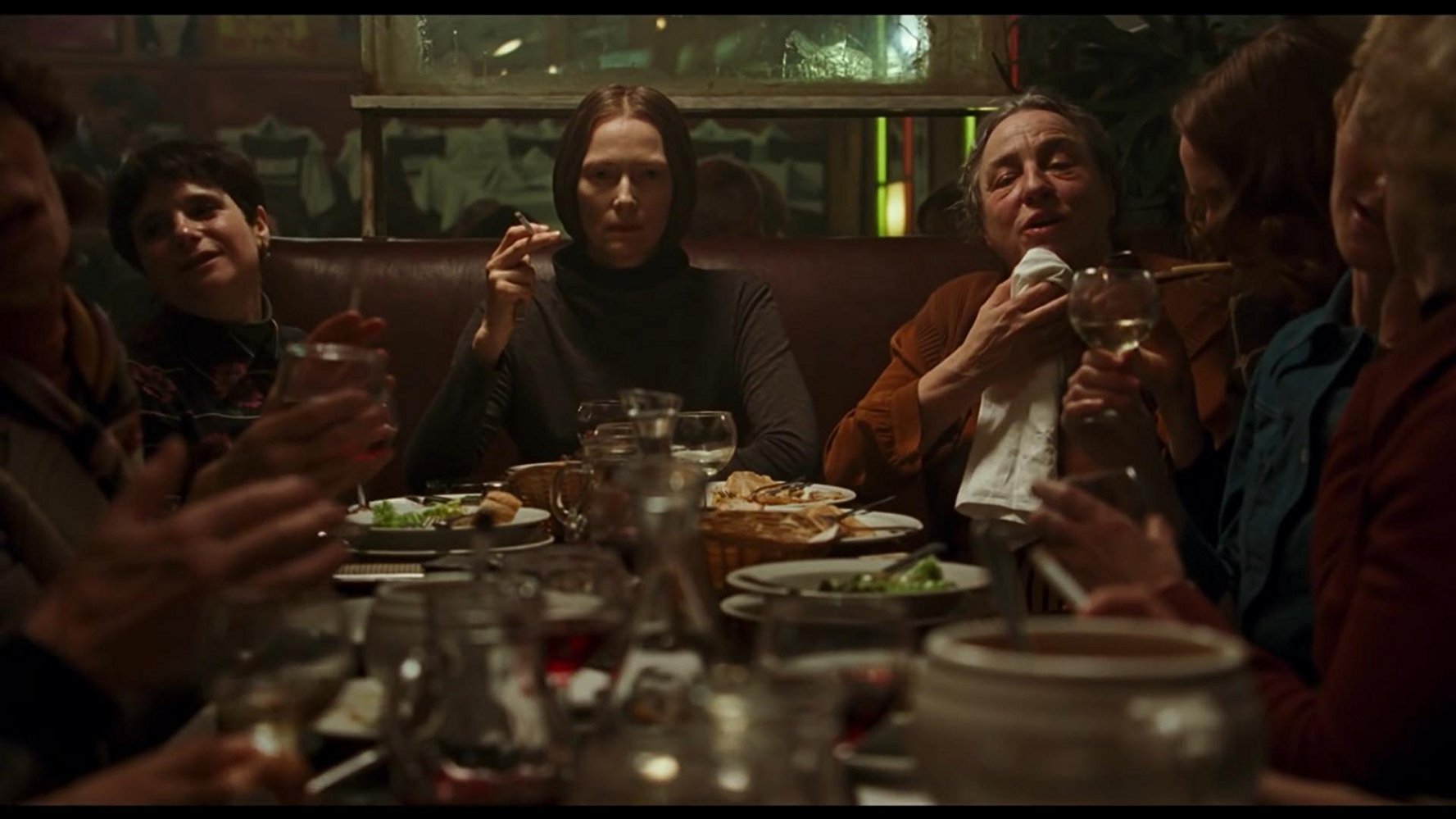 Tilda being a big ol’ creep.

My biggest concerns are that they will change too much about the story in order to cater to what is “cool” now and lose a lot of what makes the original interesting. But I guess I can’t really pass judgment until I see the movie in the fall.