Swine Flu: Ya Dead Yet? 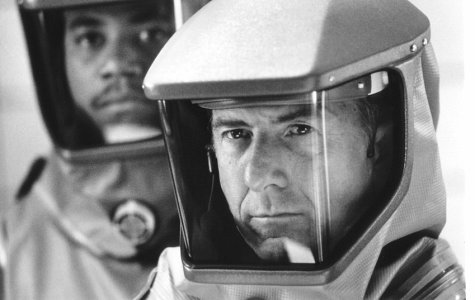 If you are wearing one of these masks, you might not die. otherwise, you're pressing your luck, pal

Swine Flu has been all the rage this weekend. All those news websites flipping out, hell, Yahoo asking, “Is this the big one?” Mutations and masks and covering up that coughing, folks are fairly scared of this swine flu.

That’s why I’m here to tell ya’ll how this will play out and to calm ya down. Only like, a portion of you will die. I’ve seen this play out like a million times. Here’s how it shakes out.

First, a monkey will bite someone.

I know what you’re thinking…this is swine related. Pigs, etc. Well. The pig bites the monkey so the monkey can transfer the deadliness of the virus (science). Next, the person who gets bit will travel, probably across country, but sometimes, you know, just on like a small flight. But, normally, cross country to get back to his girl. Then, he coughs, vomits, looks like he’s dying, dies. Now, people freak out at this. Understandably.

Then the government comes in and sees that the man died, but no one else has died. Cool. They’re all “we’ve got this situation contained.”

Not so fast my friend, because next they realize, “THIS MAN WAS ON A PLANE AHHHHHHHH!!!” And shit gets out of hand.

So, then they track down where the flight was from and what not. This place is likely a small town. Just how these viruses do. Anyway, some people are dying, panic is beginning to set in and the government is like, fuck. Then, well, they’re like, “we’re cool, as long as this virus is not airborne.”

Next, someone yells out, “OH MY GOD THIS FUCKING VIRUS IS AIRBORNE.” Lots of people die and the town has to be militarily quarantined.

Next, the government wants to blow the town up and keep the virus contained there. Just cold drop a bomb on the town and no one else dies. Except the suckers swine flu’d up in that town. But, then, a couple dudes (pictured above) realize they can get an anecdote or vaccine or serum or whatever medical term is correct. Which, they know because they think this is some secret gov’t plot to kill people or whatever. So, these dudes go looking for the monkey who started all this killing.

Eventually they find this monkey. Which, of course, the monkey has taken to befriending a little girl who is feeding it apple slices and what not. The monkey doesn’t bite this little girl. Meanwhile, it’s now like a race against time because the gov’t wants to bomb all the quarantined sick people. So, they grab the monkey and shake it and then yell, WHY ARE YOU KILLING PEOPLE.

And the monkey is a bit saddened now. See, the monkey had been softened by its interactions with the little girl feeding it apples. So, they kill the monkey or whatever to get the vaccine. They race back to the town to try to save people. But, the military still wants to blow the town up and contain the virus and what not. Eventually, those who have the monkey and thus, the vaccine, will have to plead with the bombers sent to drop a bomb on the town.

The bomb is dropped.

People are all…NOOOOOOOO…then they realize the bomb was dropped over water. The dudes can go in and administer the vaccine now.

So, I mean, really, is there anything to be worried about?