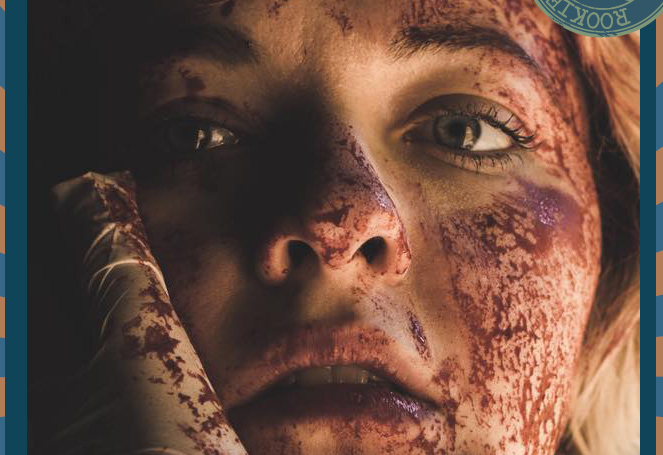 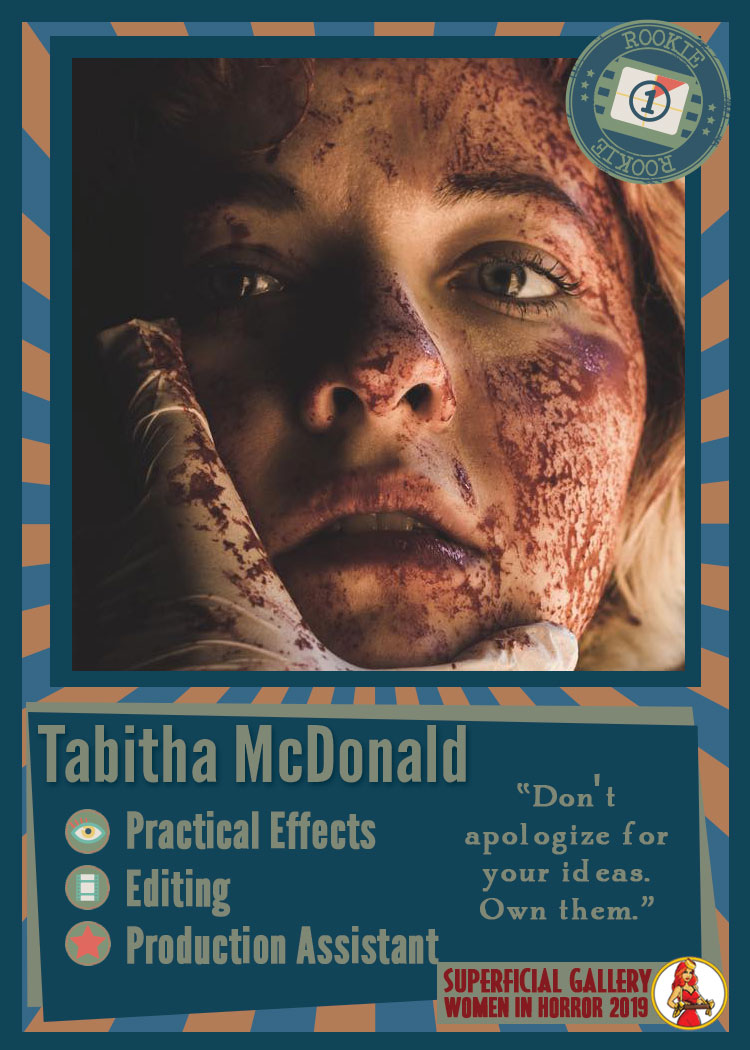 Our Conversation with Tabitha McDonald

Tabitha does Practical Effects and is an Editor and Production Assistant, and is a rookie this year!

A film I did effects and editing for won Best Director at the Atlanta Film Festival.

Right now I would say “I Am The Pretty Thing That Lives In This House”. I love its quiet subtlety. That is something that I don’t think there is enough of in horror. Also an interesting female lead.

Jennifer Kent. Showing the world a woman can direct horror, and make a splash.

Women have a unique perspective on horror, they just have to speak with authority on the matter. Don’t apologize for your ideas. Own them.

For a previous film we used a polaroid to take photos of me being “dead” beaten, and blood covered. I now keep the photos just lying on the bookshelf in my living room -just waiting for an unsuspecting visitor to see them and freak out.

My husband and I are currently in pre-pro on a short that will have two female leads. It’s a bit horror, and a bit apocalyptic thriller. It’s going to be good.