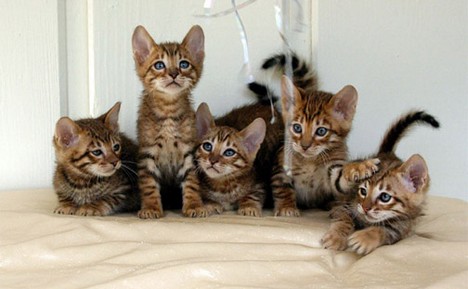 Researchers at the University of Sussex have discovered that cats use a “soliciting purr” to overpower their owners and garner attention and food.

The team said cats have “tapped into” a human bias – producing a sound that humans find very difficult to ignore.

“He would wake me up in the morning with this insistent purr that was really rather annoying,” Dr. McComb told BBC News.

“After a little bit of investigation, I discovered that there are other cat owners who are similarly bombarded early in the morning.”

So, you’re telling me, that cats have developed this way of communication with the outside world in a way that will get them things? My whole world just got rocked. Now, hey, this is only a research project on the purrs, imagine what kind of shit they will uncover when they start to research cats scratching things.