The Best April Summers Interview in the World 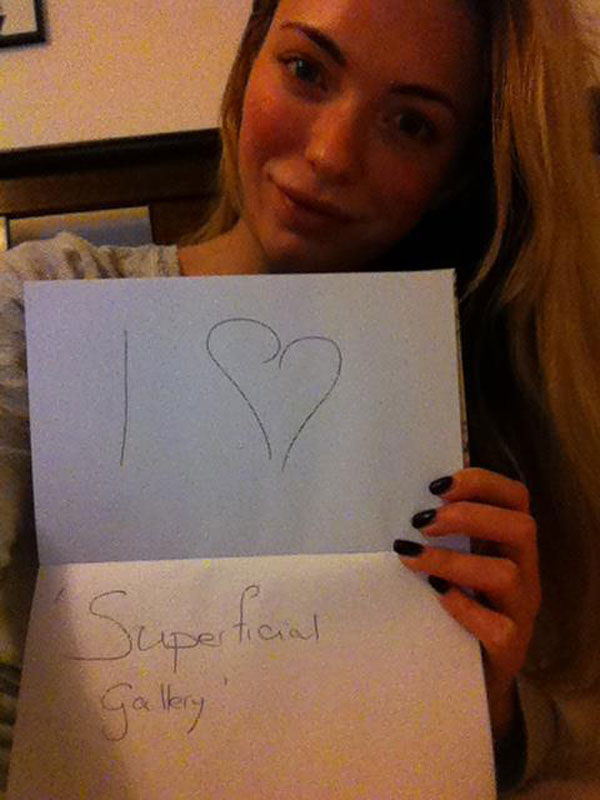 The legitness of this cannot be doubted.

I am not sure how often you go to Europe to read Playboy but if your answer is “sometimes” or “often” then you might already be familiar with the lovely April Summers.  She’s been in the magazine in a few different countries over there.  Apparently their unification does not extend to magazines.  And she is a superstar on Google Plus with over 2 million people having hooped her.  She was featured in Maxim in May 2012, Mexican Playboy (yes, they have that!), has her own iPad/iPhone casino app and is launching her own makeup line.  Before April showed me how industrious someone could me, I used to be pretty proud of myself if I shaved four times in the same week.  *re-examines life*

And if all that wasn’t enough, was Boromir/Lord Stark/Bad Guy from National Treasure Sean Bean ever your boyfriend?  Didn’t think so.  But he was April’s!

On top of all that, she’s British so she spells things all cute and different.  Like “centrefold” and “colour” and “stop leering at me”.  And all this before she is 25?  Come on, folks.  She is going to be a star.  And here I am, leading the charge.  Establishing a beachhead for her here in America.  Being solely responsible for any success she has after this interview is published.  OK maybe not the last one but hey, I am introducing you, so be polite.  And read the Interview.  Nobody has ever handled the “what’s your favorite part of the site” question more heartbreakingly.

Superficial Gallery:  OK so you are 24, you have been in Playboy in a few different countries as well as a lot of other magazines, you have your own Wikipedia page and you seem to be working non stop.  Are you tired?

April Summers:   Haha well actually sometimes I feel 24 going 40, though I love my career as that’s what get’s me up in the mornings and I feel so honoured to be published in so many Playboy Issues including covers and centrefolds.

SG:  Your resume is very international.  If you could be in any city right now, where would it be?  And don’t say Charlotte just because that is where Gallery Headquarters is.

AS:  In reality I’m not really a city girl and I’d rather be in the country and wide open spaces but the facts of my job require me to live in a major city like London. I’d much rather see an open horizon with big skies and to be with nature.

SG:  You have really embraced G+  Tell us a little about why you like it  Who’s your favourite person to have hooped?

AS:  I really like Google+ it’s seems one of the more intelligent social networks, giving artists a proper platform to expose their work and plus the people seem to be pretty cool too 😉 I can’t say I have a favourite person on G+ but I’ve managed to meet many great people.

SG:  What are some of your aspirations?  Movies?  Conquering America?  Ski jumping?

AS:  Seeing as I am afraid of heights I would see Ski Jumping more as forfeit rather than a aspiration 🙂 Work related I’m going focus on acting and becoming more familiar face over in the US.

SG:  As a model, do you feel that being in a magazine is still a better “get” then an on-line job?  If so, do you think that’s likely to change any-time soon?

AS:  I think it’s clear the industry is heading towards digital such as Tablets and the Internet but as a model it’s still always an achievement to have your work published in glossy print.

SG:  What’s your next big project?

AS:  I have quite a few big shoots for the earlier part of 2013 so I would like to treat all my projects as big as the other but I have a couple of particularly special projects lined up for this year which I’ll keep quiet about for time being.

AS:  Ella Fitzgerald and anything jazz related, I don’t really keep up with current music and like some golden oldies.

SG:  Don’t think – the first celebrity that comes to mind when you think “do-able”?

AS:  That’s something I will keep to myself thank-you 😉

AS:  I grew up with Cats and I’m cat person but I was given a miniature white haired fluffy Chihuahua and she has become my everything!

SG:  If we went to your house, what would we find in your refrigerator right now?

AS:  Not a lot I’m afraid as I tend to eat out most days however there is nothing to cater for a sweet-tooth, mainly fruit, vegetables and yoghurt.

SG:  What’s your favorite part of the gallery?  I hope you studied!

AS:  The home page is quiet good, I like the colours 😉

So there you have it.  We both did great and deserve a big hand.  So now you can check out her pics below, and make sure you hoop her, like her and follow her!