The Best Barbarann Garrard Interview of All Time 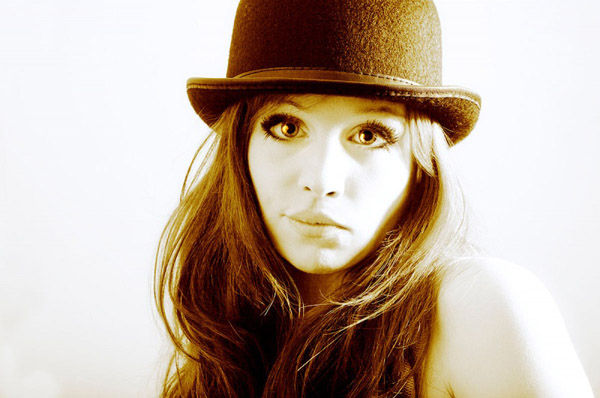 In early February we did a fine article on celebrity baker and model Barbarann Garrard in the hopes of her eventually noticing and doing an interview with us. Well, as usual, my strategy worked perfectly. All it took was a little time and me pasting a link to the article directly on Barbarann’s Facebook page and here we go!
I should also point out that she did something completely balls-out cool when we “met” that may change the trajectory of her career forever. Will she tell you about it? Who knows. Let’s find out?

Superficial Gallery: So, Barbarann, you going to tell them?

Barbarann Garrard:  Basically, I was being managed by an agency that took issue with me being “too accessible” to the public and disapproved of me adding YOU on my personal friends list. I told them I refused to have my personal life policed and dictated. I am no longer being managed by them as a result. I have since found a new agent.

SG:  Nice.  I am very glad that being friends with me has such serious consequences!  And now that that’s out of the way, let’s get down to important questions. What shows have you been on?

BG: So far, I have done season 2 Halloween Wars on food network ( episodes 1,2,3&4) and episode 14 of Food Network’s Sugardome. I also did a live cake demo and interview for New Day Northwest.

SG: I watched you on Halloween Wars. They made a big deal out of the time limit they gave you (they do on all those shows). Is it as hectic as they make it seem?

BG:  It is a TENFOLD more hectic.

SG: If you could have your own show, what would it be about? Mine would be “Pastry Murder” so don’t pick that.

BG:  It would be me making amazing cake and sugar art .. but only the kinds of cakes I wanna make.. the “good stuff” .. like Horror cakes.. geeky cakes.. and pornographic cakes.. onscreen drinking of cocktails would likely also be required.

SG: So when someone calls you (BECAUSE YOU HAVE NO WEBSITE!!!) about a cake, is it like a tattoo parlor? Do people ask you for a special kind of cake or do they just say they want “something neat?”

BG:  They usually give me a theme.. some people are really specific and some people are vague and grant me creative license .. I never make the same cake twice and I never copy any one elses’ work.

SG:  What are your aspirations for the cake stuff?

BG: I aspire to inspire and mesmerize .. I craft only but a few custom cakes a month. I am a one -dame show..so this is 100% all me.. and I wear a lot of other hats.. so I do not like over booking myself with a lot of cake orders at once.. that way I can REALLY carefully craft an edible art piece and put a lot of care into it. I am not a factory that mindlessly spits out “product” I am an artist first and foremost. In fact, I do not even like baking. I only bake so that I will have a canvas in which to create art.

SG: So let’s talk about your other interests. Is modeling easier than baking?

BG:  It is…. but it is harder to come by modeling gigs than cake orders… I am not super tall and rail thin and I am not like, 18 yrs old anymore.. so yeah.. it can be harder to find work. I am not “mainstream” enough and I am not “runway” either.

SG: What’s the best modeling gig you have gotten so far? Feel free to say it is the sign pic I am going to hope you give me for the site along with the answers to these questions. (Editor’s Note:  Negative on the sign pic.  Feel free to express respectful outrage and begging in the comments)

BG:  Haha… um… actually.. so far I have REALLY enjoyed the Stanley Kubrick inspired shoot I did back in December of last year…anything that involved a bullwhip and bubble gum is a good time in my book.

SG:  Are there as many sketchy people in the “modeling industry” as it seems?

BG:  Absolutely… if I had a dime for every offer I have gotten to do really skanky stuff.. well.. you know…not to mention people talking you up and making promises with no follow through.

SG: What about bakers? Any creepy bakers or baker…patrons?

BG:  I have gotten inquiries from dudes asking me to bake them a cake and deliver it nude.. among other requests.. but luckily those kinds of things are far and few between.

SG: What’s coming up next for you?

BG:  Whatever the f*** I want. haha.. (kidding).. I am REALLY excited for Crypticon in May. I am going to be making a really bad ass horror cake for the event and I am going to be running a booth with my fellow “sirens” ( I am the music editor for Scream Sirens magazine)

SG: Why don’t you have a website? You could have the only modeling bakery site in the world. And you could sell a cake called Modeling Chocolate.

BG: Modeling chocolate is actually a product I use frequently. It is great for sculpting. It has the consistency of a tootsie roll, sorta.

SG:  If the Modeling Chocolate thing takes off I better get a cut!

SG:   What’s your favorite part of our site that I am sure you read every day because why wouldn’t you!

BG:  ..the pictures. I have a short attention span….and I get distracted easily…. wait what was the question?

SG:  Plug all the things you want to plug. Except the Chive!

BG:  Yes. Yes. and I could prolly come up with something.

SG:  When you are super famous and [whatever show you named above] is a big hit can we glom onto your success?

BG:  Oh sure. I won’t forget about the little people. 😉

SG:   Thank you for being awesome and taking the time for this. We really want you to be a huge success and not just because of the glomming thing.

BG:  P.S. –  I am also going to be on an upcoming episode of “Diner’s Drive Ins and Dives” with my friend Guy Fieri , on Food Network.. it should air between mid March and mid April.

Kirby Krackle – “I Wanna Live in a World Full of Heroes” (Official Music Video) from Garrett Wesley Gibbons on Vimeo.

So there you have it, folks.  Barbarann  said she would stay in touch and let us know when she does new stuff.  I totally believe her, too.  Nobody has no-sold the sign pic thing as well as she has which means that even though she is really cool and a lot of fun and our new fave person, she is technically playing hard to get!  So since I can’t get a free custom pic I need to save up enough money to get her to BE the logo girl.  Or, instead of saving up, you deadbeats could all just donate to the cause.  She didn’t tell me how much it would cost but I assume that it should be $10,000 minimum after my 100% service charge.  Everyone wins!

We love you, Barbarann Garrard!!!!