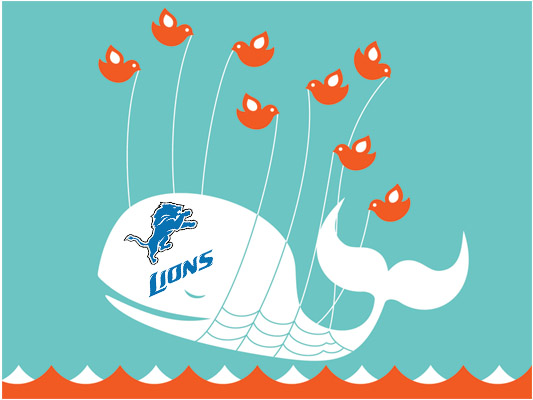 You thought I missed the NFL Season Opener right? Saints versus Vikings on Thursday night was the official opening of the 2010 season but I don’t buy that crap. The High School freshman and JV teams play on Thursdays, the Varsity on Friday, College on Saturday and the NFL on Sunday. Okay, so there is Monday Night Football but I don’t watch that either. Why? Because the other networks put my favorite shows up against the powerhouse NFL. Like the savages they are, they will sacrifice virgin TV shows to ratings obscurity. I don’t buy that either.

So the real kick off is this Sunday and the predictions are flying. Like opinions and lawyers, most people have em and they usually stink. I have no idea who will win the Super Bowl. Besides, I just watch for the half time show and commercials, like most people. But I am a fan, really I am, and I have a sense of humor. Being a Detroit Lions fan since I was kid I have to laugh or switch teams. I don’t switch teams, so I just laugh, a lot.

After the jump, in no particular order, my psuedo predictions for the season..

Watch this video, this is why I laugh a lot and drink beer watching the games. The kid is tough and will make a fine QB but somehow, someway the Lions will screw this up too. Remember Barry Sanders? Hope in the preseason is dashed when the games count. Color me blue and silver sad.

When Paddy retired from high school sports, he hung up the mullet and invested in an armchair and remote.  Now he’s the Gallery sports guy and still manages to run is own site, Paddy’s Wanderings.Editor’s Note – does he look like a murderer to you?  I mean, not a serial killer, but maybe a rage killing or two?  Is it just me?  Don’t tell him I said that, btw.