The Failure of the Mystique Cosplay 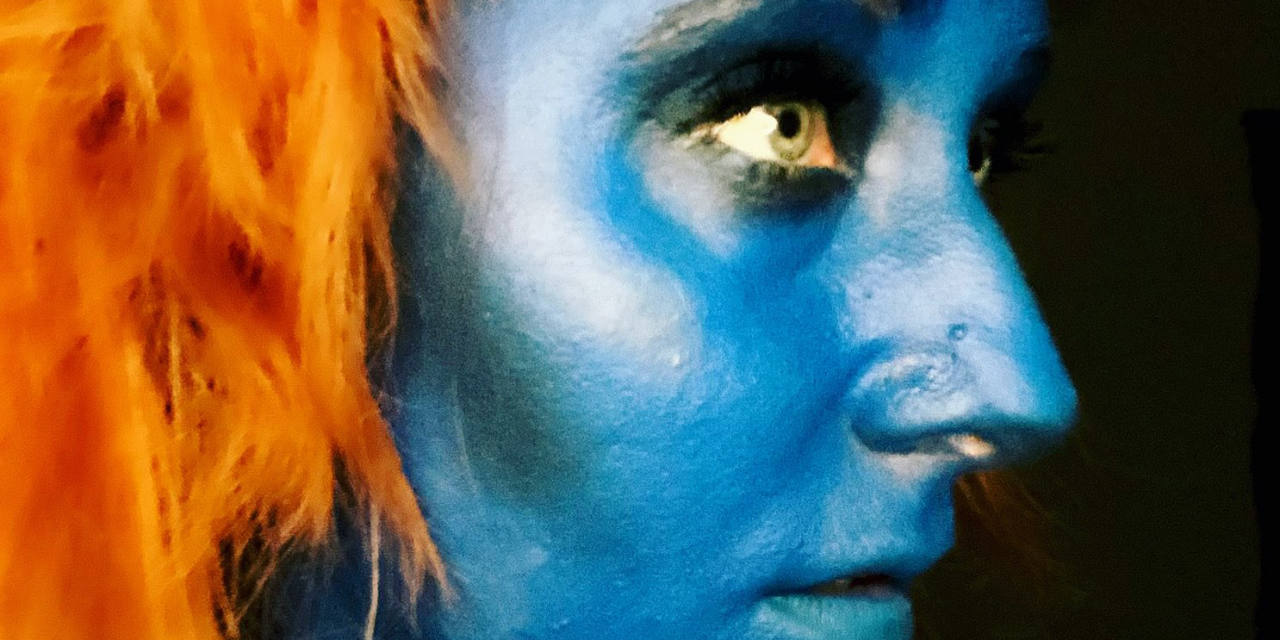 Cosplay 9 of 31 Days of Halloween!! Mystique Cosplay and omfg I fucked it up so bad. So let’s discuss the failures shall we?

Part One: No Supplies

My hair is short and red so I decided not to buy a wig. You can probably get one for about $20. I wore a basic tank top since the point of this is to see the body paint.

SO. I purchased a set of Graftobian Pro Paints for the body last Halloween and was too chicken shit to use them. I have over a decade in the makeup industry but that’s an ENTIRELY different medium. One that I probably should have practiced over the past year of owning them…

That being said I watched a few Youtube tutorials on how to use them and I was like BAM I got this.

First off I did what the videos suggested of doing tiny x’s with a flat foundation brush. So I did just that and you know what? It looked great. SO great! Especially when you’re a vampire who doesn’t open curtains. This led to me walking into the hallway looking like Mystique if Mystique had mange.

Then there was photographing it. Here’s some science. Fuck the color blue in photos.

To add to this about 3 hours later my skin was burning as I discovered something in the pigment I was allergic to. So I washed it off and it had to be an invisible man cosplay.

Moral of the story…fuck this cosplay.