The FCC Just Proved the USA is a Corporatocracy 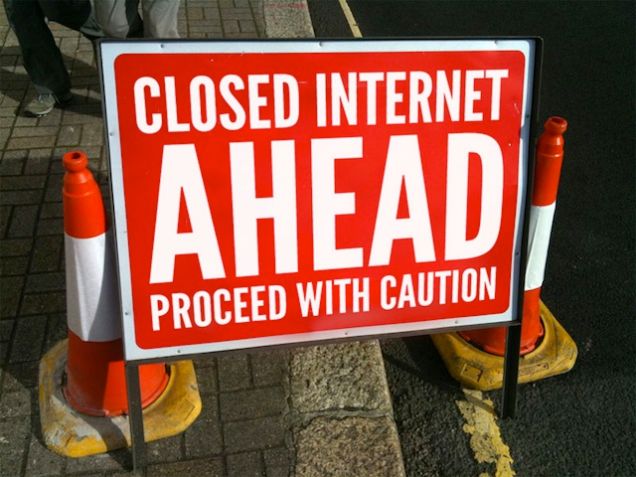 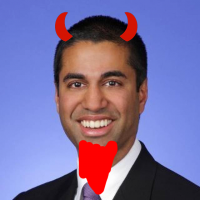 FCC Chairman Ajit Pai may be a lower-level demon, according to sources.

The FCC, bright-eyed and bushy-tailed, with a new mandate from Donald Trump, has just proven that the true rulers of our nation are not the elite few, or the obscenely wealthy, but rather corporations.  We are not an oligarchy, or a plutocracy, but rather a corporatocracy.  This is terrifying, and we’ll tell you why.

We’ve seen this coming for a while and it was never more obvious than when we bailed out businesses that were “too big to fail.”  A clear indicator of  corporatocracy is when corporate interest and survival is deemed more important to the government than its people – but spun in such a way that it was done “for the people.”  The bailouts, however, were at least ostensibly about us poor schlubs, the proletariat.  The boogeyman of the bailouts was economic collapse that would make it impossible to put food on the table.

But FCC Chairman Ajit Pai is calling Net Neutrality a “mistake,” and that the broadband market would benefit instead from a “light-touch Internet regulation.”  Also known as  – let the corporations do whatever the f*ck they want.  In essence, he is dismissing the primary argument of net neutrality – that the Internet is a utility and should be regulated against unfair practice by corporations – in favor of corporate profit and shareholder gain.

This is nothing less than a blatant poke in the eye for the citizens of this country.  Net neutrality benefits every American – even the rich elite and the controlling few.  It is for this reason we are arguing that America is now a corporatocracy instead of an oligarchy or plutocracy.  We assert this based on the premise that only corporations benefit from no net neutrality.

Who Benefits From No Net Neutrality?

The rich don’t benefit from no net neutrality.  They use the Internet just as much, if not more than, the rest of us.  They didn’t get rich by shelling out money for premium access to services, but by being thrifty and frugal.  They want, and need, fast and timely information from the Internet to make daily decisions.  They don’t need information fed to them via corporate sponsored channels.

The people certainly don’t benefit from no net neutrality.  Companies like Comcast, Verizon, and AT&T – who bring in billions in profit every year – can squeeze us for even more money with no net neutrality.  Premium fees to access YouTube, or packages for “fast nighttime service,” or even “Speedy 7 Service – guaranteed speed on your 7 favorite websites” as all ways of making you pay for the privilege of using the Internet.

Small businesses don’t benefit from lack of net neutrality.  When the big companies, like Netflix or Hulu, can pay Comcast for guaranteed speedy delivery of their service and Joe Steaming Business can’t – an unfair, monopolistic, environment is set up that discourages new businesses from arising in the space.

Who benefits?  Only the corporations, like Comcast, Verizon, and AT&T.  They hate net neutrality because right now consumers just pay for the size of the pipe they want.  20mbps connection is Price A and it’s that same speed for everything.  100mbps is Price B and it’s the same speed for every site/service you access.  This is how video games were sold in the 1990’s.  A complete game for price X.  Now, in 2017, you pay X for a hamstrung game and then you have to pay Y and Z for DLCs to unlock content.  This is what the corporations want to do to your Internet.

Unlike video games, though, the Internet is your access to INFORMATION.  And that’s what makes this truly terrifying.  Net Neutrality is the concept that the Internet is a library and if you can afford to get to the library, no door is closed to you.  You are free to wander from aisle to aisle, from book to book, as your desire deems fit.  This is the “mistake” of Net Neutrality, according to Ajit Pai.  The mistake is that there aren’t pay gates at doors inside your library.

Now excuse us while we go obey and conform……