The Girls of Google Plus 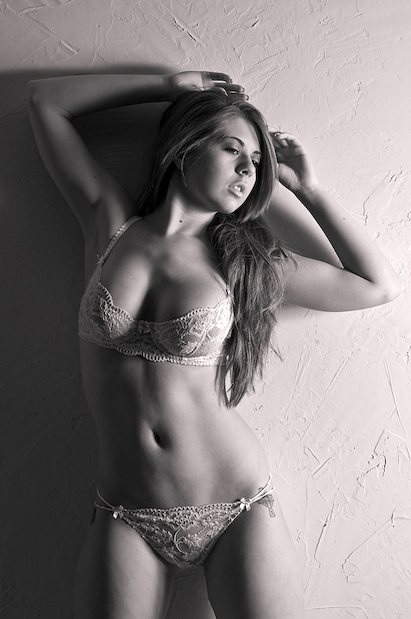 Google Plus is the hottest new thing in town.  And one of the best things about it is that people can’t have private profiles.  So if you are a hot chick, a cool chick or Hitler’s ghost, people are gonna find out.  Now, I naturally need to compare to Facebook with its tight-ass rules and “omg you have to know this person blah blah”.  Google Plus, on the other hand, seems to be a big Free for All.  It’s 1/2 Twitter, 1/2 message board and 1/2 the parts of Facebook that don’t suck.  And even though I might be the only person who cares, there are two sites you can visit to say what you prefer.  So you can do it now if you want, but I think you will probably want to wait until after you see the ladies.  All you will get on Facebook is your hot aunt.

And now the list, which is not in rank order, except for number one.  And remember that these are actual people.  You can theoretically talk to them.  So don’t screw it up.  But feel free to comment on your favorites.  It’s not like I’m running the Harvard Law Review here.  Click the thumbs to enlarge the pics.

Jessi is a model and participates more than anyone else on the list, that’s why she’s in the banner and top on the page.  Her bragging rights are: “Awesome Baker, MM profile received 300,000 views last year, I have boobs, and I’m not afraid to use them.”

697 people have circled her.

She’s nice.  Be friends with her. 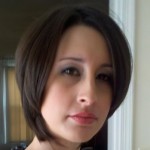 Charity said something funny and I circled her then I saw her profile thing and it said something about her being a nympho so she would have made the list even if she had looked like Chris Farley…now.  But she doesn’t look like dead Chris Farley at ALL so yay for everyone.  Her profile says: “If you are talking about movies, traveling, video games, music, books, food, or sex (in no particular order,) I am probably listening.”  So that’s creepy.  I say stuff like that all the time!  Is she around, listening?

Oh and I studied haircut analysis in detective school and her stylish ‘do tells me that she has a computer and either has or knows someone who has a camera.  She has a face (pretty) and door molding (white).  She also speaks English (assumption) and apparently she is not deaf. 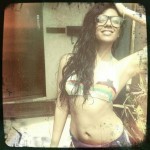 Divya made me laugh in the little thing that pops up when you mouse over something.  I’m not sure what.  Which is pretty sad because Google Plus does like, four things and I only know one of them.  Anyway, her thing said: “I have a way with words and shit.”

She doesn’t seem to post a lot but it is misleading as people’s replies to other posts don’t show on their profile.  That way when I go say weird things to people it doesn’t show on my “posts” page.  That’s why I’m such a good catch.  As is Miss Dracyula.

She doesn’t seem to have the whole model thing down just yet as she has like, two pictures of herself on her profile.  She needs to advertise more.  If she wrote books, her profile would be the equivalent of a grocery list and a post it that says: “Guy in wrestling mask keeps following me, call cops.” 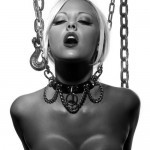 I think it’s pretty obvious why Lindsay is on this list.  Her bio says she is a:

Prefessional Sex-Symbol, Artist, Fashion Designer to the Stars, Blogger & all around Badass Chick 😉

I think the wink says it all.  but what says it all even better is the picture of the ear of corn with a boner she just put up.

Lindsay Marie can apparently give boners to corn.

She posted a Bob Seger video today.  I’m seriously considering moving her up.  Her bragging rights include: “Messiest Performer in Burlesque! Unhinged Artist! Professional Candy Lover! State Piano Champ! Kitten Whisperer.”  I don’t know how you get messy in burlesque.  Maybe she wears a suit made out of Sloppy Joes and instead of stipping she just shakes like a big sheep dog.  That’s hot.

And if you think she looks like Charity Todd, I thought that, too.  but as you can clearly see, Apathy Angel is wearing a hat.

She looks like Christina Applegate.  So that’s one thing she’s got going for her.  She took a picture of herself with some kid who looks like Bono.  That might be one thing against her.

She says: “I’m an alternative model specializing in high fashion, runway, pin up, fetish, Tattoo Art, Latex, video performance etc. I love what I do and I have an amazing time doing it.”  The one thing I don’t get is why you want to call yourself an “alternative” model.  If someone wants a model, then they don’t want an alternative.  And if they want an alternative, they don’t want a model.  So you are kind of screwing yourself over twice, Kelly.  You need a new agent.  Namely, me!  Circle me and I’ll get you in the new Christina Applegate picture!

Meggan distinguishes herself by having an extra g in her name.  I bet she makes good eggs.  She probably says things like: “You can’t have Meggan without eggs!”  Then she smiles and makes some fried egg sandwiches.  Good stuff.  One problem, though.  She if you can spot the inconsistency in her little blurb here:  Let’s see, where do I begin? I was born in Honolulu, Hawaii. I moved to North Carolina when I was very little (I sadly do not remember Hawaii). I used to have a severe speech impediment that took around 10 years of therapy and a TON of Orthodontic work to fix (thanks mom and dad!) Now I can’t keep my mouth shut sometimes!”

Born in Hawaii, eh?  Don’t remember Hawaii, eh?  Well how do you know, Meggan Anderson?  How do you KNOW you weren’t born in Kenya?  How come nobody remembers you?  I’m just asking questions.  I think we deserve to know.

According to her thing, Casey is: an actress, producer, writer and pioneer in the web TV industry who was born and raised in Montreal, Canada.

Now, I’m not any of those things, but I am pretty sure I would be awesome at them.  In fact, since I’m not sure “Web TV” is even a thing anymore, I can probably say that I’m pioneer in that, too.  In fact, I am fairly confident that the only things I can’t be that she can are “a woman”, “an actress” and “popular on Google Plus”.

Someone hold me.  I feel bad now. 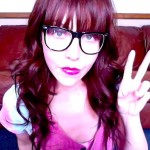 Deena is the quintessential Google Plus user chick.  Cute, big glasses.  Complete hipster.  Guys are flipping around and then see her and the Fritos go flying.  She says she is:  “a professional actress, an online personality and model.  I’m obsessed with my dog.”

Her bragging rights are: I can eat an entire pizza in one sitting. I can kick your ass at Legend of Zelda. I am taking over the world, one thing at a time.

What’s an online personality?  Am I one?  Well if I am, I can tell you a couple of things.  1:  Deena Marie is always going to be cuter than me unless she runs over a gypsy and gets cursed (*knocks wood*).  2: Even if I can eat a whole pizza at one sitting, I won’t if I invite you over.  I’ll let you have some.  Will Deena Marie?  Meh, who cares.  She’s cute.  Let her have the friggin’ pizza.