The Most Infamous Casino Heists 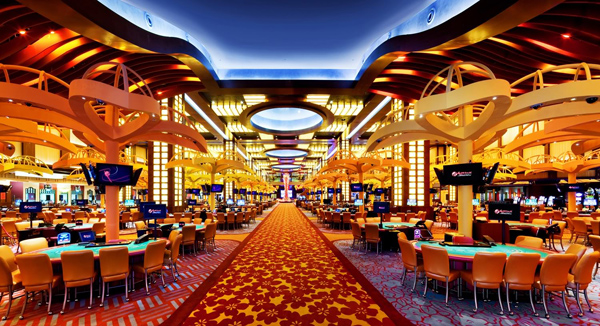 Hollywood movies may show Casino heists and stings to be loads of fun, complete with endless smart dialogue and crowds of good looking people in suits pulling off daredevil and highly unrealistic inside jobs.

The reality, you won’t be surprised to hear, is rather different! There’s definitely fewer explosives, fewer heartthrobs dressed like, well, movie stars, and fewer successful attempts at robbing casinos out of huge amounts of money. Alternatively, online casinos are a great way to avoid such dramas, such as online pokies australia, where you can play and earn some big money rather than having to visit a real casino.

In terms of these casino heists, as is the way with many criminal activities, the truth, while not as glamourous as fiction, can be decidedly weirder. We’ve put together the top five most infamous casino heists from the real world…

In 2006, Sobaba casino was cleaned out of $1.5 million by one of its own employees. Rolando Luda Ramos was employed by the casino when he decided to take three of his colleagues hostage, gag them and hold another seven at gunpoint (along with a little help from his friend Eric Aguilera) before strolling into the casino’s vault and taking the money. Despite some cracking disguises, Ramos was caught at LAX in August 2007. He may also have had a stash of cocaine on him as well, which most likely didn’t help his cause!

Everyone thinks of the Bellagio when they think of Vegas, partly because of the Oceans Eleven franchise. Back in 2000, three chancers tried to pull off their own super cool heist. Jose Vigoa, Luis Suarez and Oscar Sanchez tried to take off with more than $160,000 stolen from the Bellagio. Sadly they weren’t that good at it and Vigoa was caught on CCTV without a mask. As he was already a known bank robber it was game over.

It’s not most people’s ideas of a romantic date night treat but Heather Tallchief and Roberto Solis clearly thought differently when they decided to rob $2.5million from Circus Circus. They simply drove off in an armoured lorry with the cash in the back and escaped the US via the Cayman Islands. Sadly, the romance was soon over when Solis ran out on Tallchief with all the cash. She didn’t surrender until 2005 (the heist took place in 1993) having presumably become tired by being on the run. She got 63 years in jail. Solis got away with it. That’s love for you!

This casino and resort has now been demolished after opening in 1958, but before it was closed an employee at the casino Bill Brennan managed to get away with half a million dollars. He simply ended his shift and stashed the cash in his bag and walked out. He has been on the FBI’s Most Wanted list ever since and is still out there somewhere. Presumably the cash has run out though!

We don’t have their names, but we do have their legacy. A couple of physics students from California University managed to pull off a casino scam of utter genius back in the 1970s. Somehow they developed a computer that they snuck into their shoes. It interfered with the roulette wheels, while reading its movement. They then placed bets based on the computer’s predictions. They won loads of money before they were collared – and apparently suffered loads of electric shocks, a small price to pay surely!

So there you go – some ingenious, some not so much – but all just as interesting as any movie plot.