The Next Food Network Star 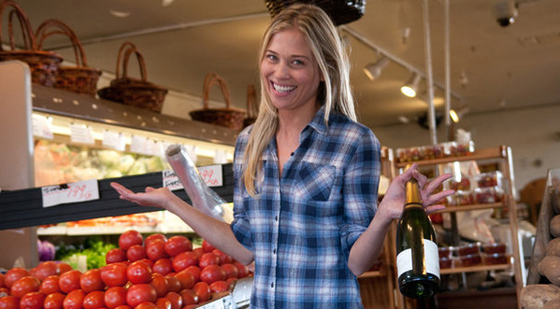 Out of all the shows I watch that make me seem like a sissy instead of the manly hunk that I am, The Next Food Network Star might be the worst of them.  Every time I watch it it makes me want to shake everyone involved in it.  If you’ve never seen or heard of the show, you are definitely in the majority, but as a nationally accredited recapper, it is part of my duties to explain the show.

If you have ever watched any show on the Food Network other than Good Eats (which is science!) or Iron Chef (which is sports!) then you know the drill.  Talk, cook, talk and cook, cook and talk and then take a big bite at the end and say that it’s delicious.  This show is about 15 people who want nothing more than to be one of those people.  Why I don’t know but who am I to judge?  I’m the recapper, that’s who.  And I’ll judge all I want!

Here are my initial thoughts.  I’m not going to talk much about most of the contestants because honestly when you start out with 15 there is no way you can keep track of them.  And since it’s Food Network they are almost exclusively white which makes it pretty much impossible.  I’ll just point some highlights out.

They eliminated some guy who had a job in radio.  He figured that he would have the TV part down but admitted he was a “novice” cook.  Strange that he got eliminated the first week.  A guy who can’t cook in a competition to win your own cooking show?  Crazy.  Sort of makes me feel like I should have followed my dream and tried out for “So You Think You Can Dance?”.  I don’t really think that but whatever.  Apparently if I really believe it I can achieve anything.  So if i don’t achieve it, it is because I must not really believe it.

Howie the radio guy must not have believed he could be The Next Food Network Star.  He went home.  Now there are 14.  I hope horse face gets kicked out!