The Other Good Stuff from 2008 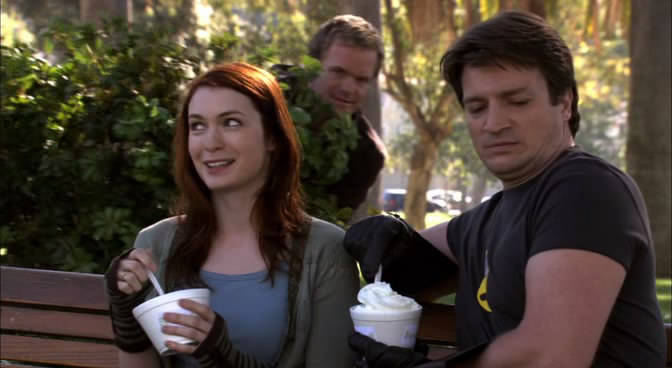 There was more good stuff in 2008 than just music; there was some good TV, some good things on the internet, and actually some good movies. I calls ’em like I sees ’em so here they are:

TV
Heroes– A lot of people gave this season hell, but I have enjoyed it for the most part. I thought Parkman was better developed this time around, they seemed to have started paving the way for some closure for Claire and HRG, and they started to introduce villains (even if most of them sucked). All in all, I wasn’t as upset about it as most.

It’s Always Sunny in Philadelphia– This show has never let me down and it hasn’t given me any reason to think that it ever will. I can’t praise this show enough. If you haven’t seen this before, go check it out on hulu.

Spaced– A British sitcom that was finally released on DVD this year. Staring Simon Pegg and Jessica Stevenson (who played Yvonne in Shaun of the Dead) , directed by Edgar Wright, and with Nick Frost in a supporting role this show is the beginning of a fantastic professional relationship for this group. If you enjoyed Shaun of the Dead and Hot Fuzz, you really should see this show; it’s only 14 episodes.

Movies
Comic Movies
Everyone is going to talk about the Dark Knight, so I am not going to (other than to say I loved it).  The Incredible Hulk came back with a bang this year, destroying the previous attempt to sully his good name with an honest and sympathetic view of Bruce Banner and his attempts to deal with his alter ego of Hulk. If you hated the first film, do yourself a favor and see this one.

Iron Man– This series started out right, hitting hard and fast with an unexpectedly delicious taste of Tony Stark’s world of high technology, expensive booze*, and sexy women. I was blown out of the water by this one.

*not only in price, but in sheer quantity consumed by the currently most hated man in comics. Maybe it’s time for the ink and paper version of the character to start drinking again.

The Spirit– Cheesy as fuck, sexy as hell, and some of the most fun I have had all year. See it.

Other Movies
21– I don’t understand the math in this movie, but I do understand that Kevin Spacey is fantastic and actually a little scary.

Tropic Thunder– I knew Tom Cruise was in this when I sat down to watch it, but I still didn’t recognize him when he came on screen.

Cool Hand Luke– This classic just got a new release so if you have not seen this do yourself a favor and get off the Internet and watch it.

Speaking of the Internet
This year has been a good one online as well.

Netflix has a staggering collection of streamable movies.

Doctor Horribles Sing-a-Long Blog was released and we all got our Joss Whedon fix.

Ctrl Alt Del had a great year, XKCD took off like wildfire, and Dr McNinja is now in color.

Ubuntu 8.10 dropped and is amazing if you have been interested (but afraid to try linux) the time is now.

I think this is enough.  Are you not entertained?