The Shining – Scariest Movie of ALL TIME 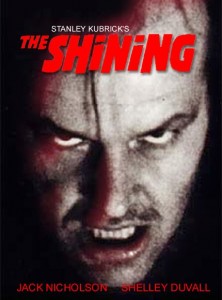 This, according to science, is the Scariest Movie of All Time.  I had to go back and watch it again because of course there is going to be controversy and I wanted to be able to defend the outcome.  I thought when I was compiling the list that The Exorcist would be number one by a walk.  But heeeeeeere’s Johnny!  But why?  What makes this movie so scary (and not scary)?  Well, here’s a list.

Now that I think about it – this movie had the creepy twins and Jack Nicholson acting or overacting or something.  What the fuck.  The Exorcist got so screwed.  Stupid Olive Oyl Wendy!  Trailer after the jump.