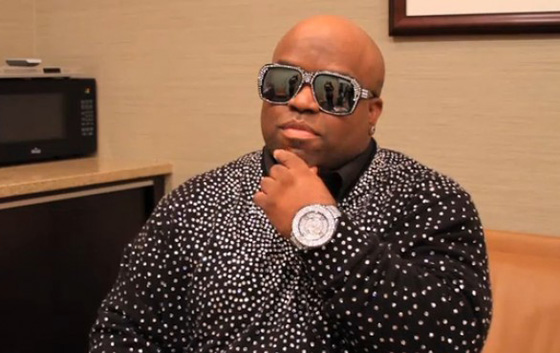 OK, so this show was interesting to me before but now that it has moved into the “Battle Rounds” it is better than it was.  It goes like this.  *uses announcery voice*:

Each coach has 8 people on their team.  In the battle rounds, the coaches take two people from their team and make them sing the same song at the same time.  They even make them sing in a big ring.  After the performance, the coach cuts one person.  So the coach picks who sings against who and who goes home.  And at no point do any wrestlers run into the ring.

So using that as the premise, tonight had four battles (one from each coach).  Now, I’m gonna breeze through what each coach did after the jump but before I do I’m going to show you why Cee Lo Green is a dummy.  And it doesn’t have anything to do with the fact that he was dressed like a fat little red genie.  He put the two chicks in the video below against each other.  After the performance the cowboy guy said: “some day when Cee Lo is old he will look back on his mistakes and realize he should not have put you two against each other.”


Now, Cee Lo is going to ram that girl while dressed as a magnificent desert prince.  But he might also help her.  But the fact that the girl came out after she lost was enough to make me look twice.  This  show does not fuck around.  They don’t talk to the losers.  They don’t get reactions, they don’t do shit.  The skinnier of the two black chicks, wimpy Michael Rooker and Elvis Carey all walked off without anyone even looking at them.  That’s the kind of show I like.

Like when on Jeopardy when if you don’t make it into final jeopardy they take your husband or wife’s eye out and wear it as a necklace.  That’s a game!  But The Voice is a good goddamn show.  And, in case I have not made it clear: I don’t give a shit about singing.  So it must be good.  This is the equivalent of me watching Fried Green Tomatoes while Stella Gets Her Groove Back with Some Steel Magnoilas.  Or something.