The Walking Dead: No Way Out 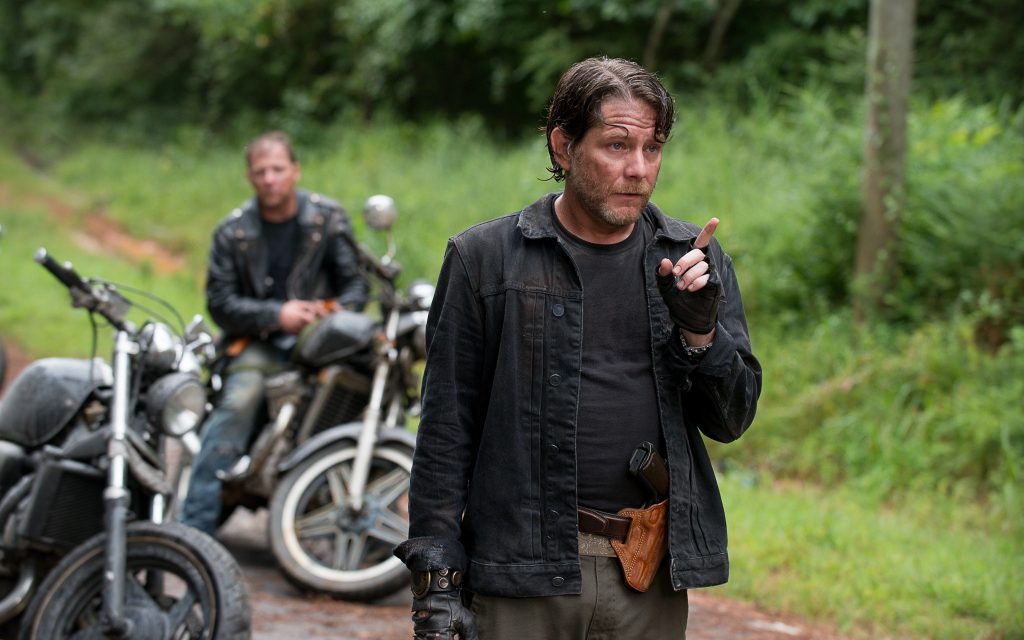 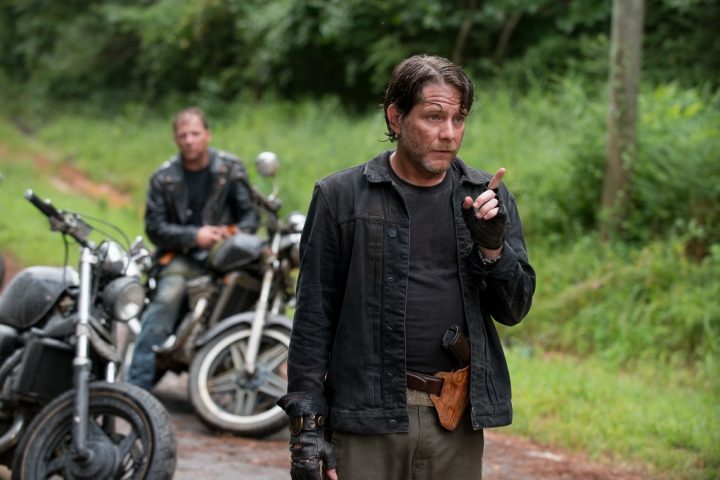 So, Walking Dead is back. And what an episode! This is full of spoilers so stop reading if you haven’t watched it, you dope.

Now that Negan has been mentioned, I can tell you this much at least, since I’m way ahead of the timeline of the show in the comics: he’s a big baddie, and it will be interesting to see how they play out his character on TV.

As you probably know, whether you read the comics or not, the show differs in many ways from the comic, though most major arcs remain pretty similar – the prison, the Governor, most relationships between the main characters. However, some people who are dead on the show are still alive in the comics and vice versa, so it keeps things suspenseful for viewers who are taking part in both.

Anyway, this episode was excellent, from start to finish. Let me highlight some key moments though.

Daryl and the Rocket Launcher (the first time, specifically): Whatever you may have been thinking about the threats Negan’s unnamed henchman was making toward Abraham and Sasha, let me remind you that no character is safe. The show has dispatched with main and beloved characters, both good guys and bad guys, often shockingly abruptly. That particular scene has no counterpart in the comic so I didn’t know what was going to happen and I was on the edge of my seat. I think I literally clapped when Daryl took those jerks out. Interestingly, this is a scene I think many people will look back on and re-think about after we meet Negan, in terms of the impressions and ideas we have about Rick’s crew at this point in the show. I’ll talk more about that later in the season. Makes note to come back to this. 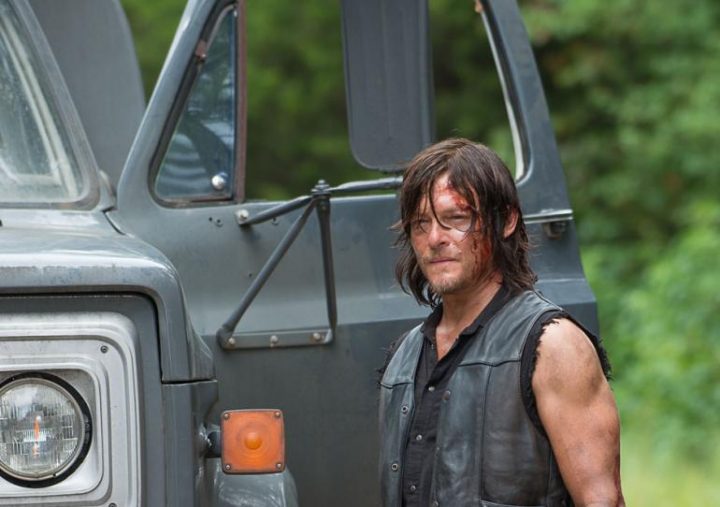 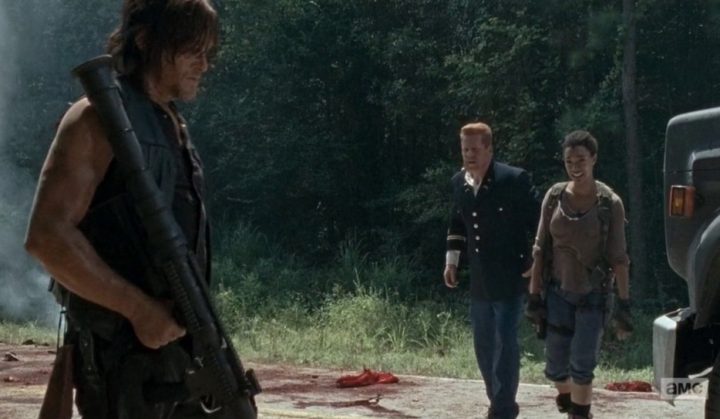 And here’s all of them acting all nonchalant about blowing up those pesky guys on motorcycles, like swatting a fly.

The Demise of Sam, Jessie, and Ron: First of all, what I loved most about this was that it’s almost exactly how it played out in the comic. Although Jessie only had one son in the comic, so no Ron, almost everything about it was perfect and exactly the same. Here is a description with some details from the comic. Note: There is a small spoiler there about a still living character in the comics who’s already dead on the show, so if you don’t want to know that because you want to read the comics unspoiled, then don’t read it. 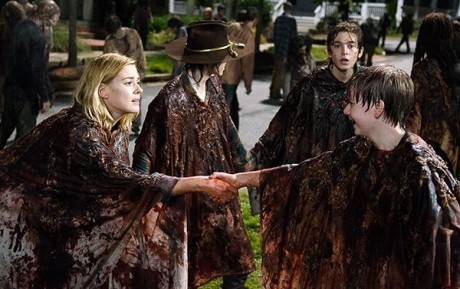 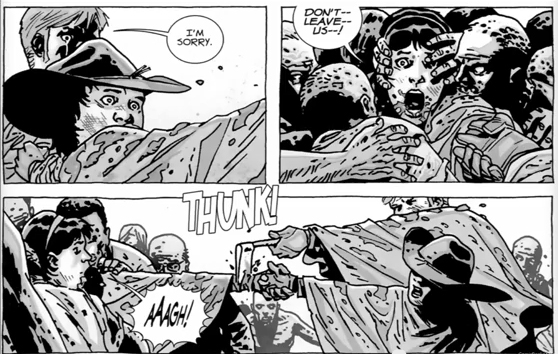 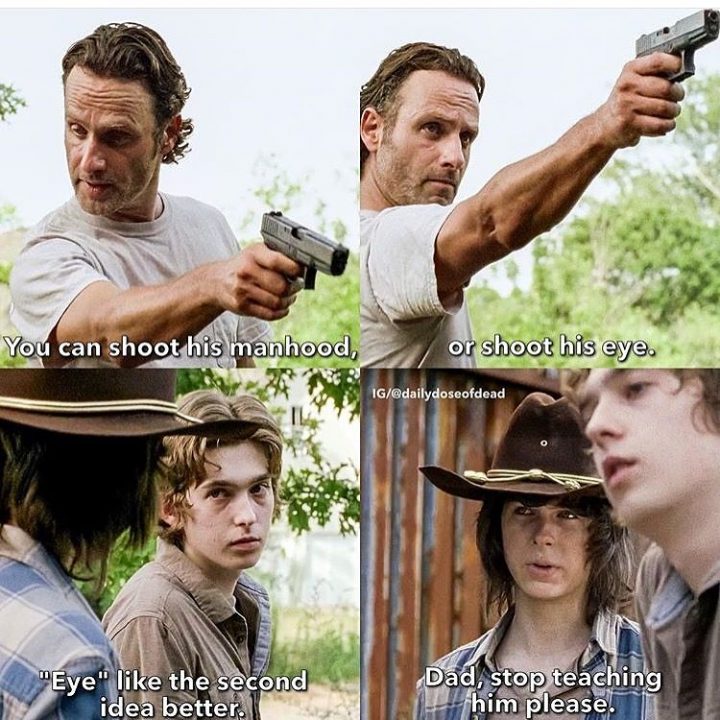 I will be interested to see how they handle what happens next! 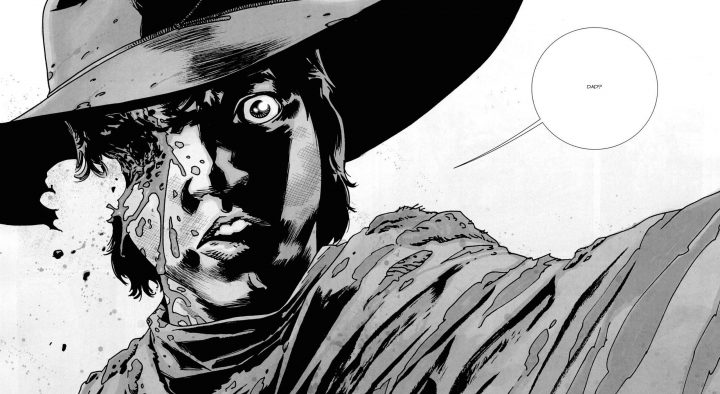 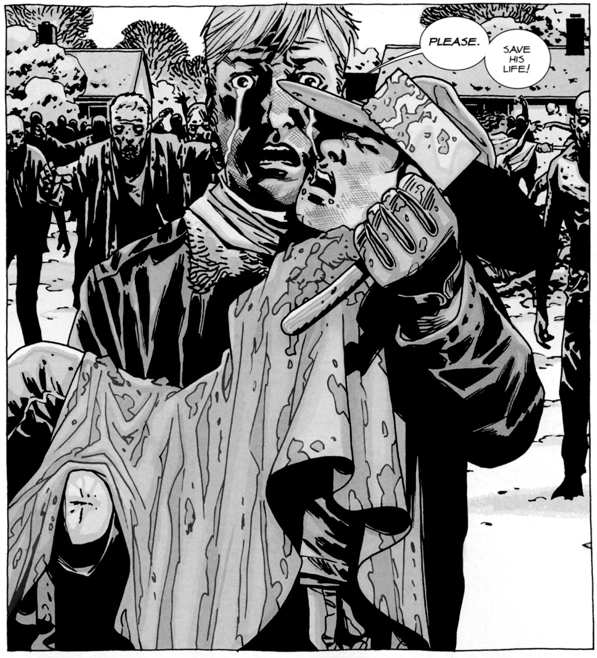 Carol Killing the Wolf: And then Morgan seeing him stumbling around as a zombie. (Well, I have one problem – Carol – no headshot?) But basically I just love Carol, I don’t think I have disagreed with anything she’s done in a long time, and I’m just glad she got to kill that guy because he was the worst. I know they were trying to garner a little sympathy by him coming back for Denise and Denise saying “Maybe you changed” and trying to help him, maybe, if her motivations were that pure but…. no, this isn’t kindergarten, we don’t give people who misbehave a timeout. He murdered who knows, dozens? of their people. No need to keep him around. Hooray for Carol, and you suck, Morgan. Also, Carol saying “I should have killed you,” to Morgan. 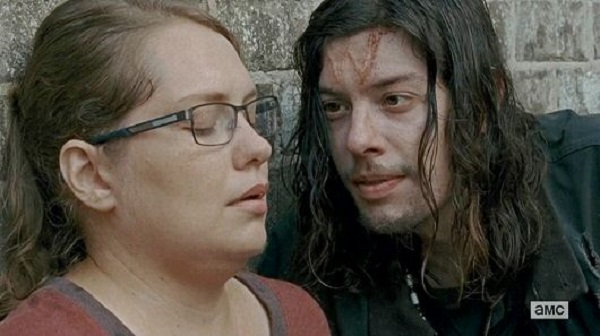 The Zombie Killfest: Finished up by Abraham, Sasha, and Daryl returning with the fuel tanker and automatic weapons. I did NOT appreciate the “let’s almost kill Glenn while Maggie watches” moment, that’s enough of that, folks, just kill him or don’t. Stop messing around. But, I do think I clapped again at the moment when the folks coming over the wall started peppering the zombies with machine guns. YES. 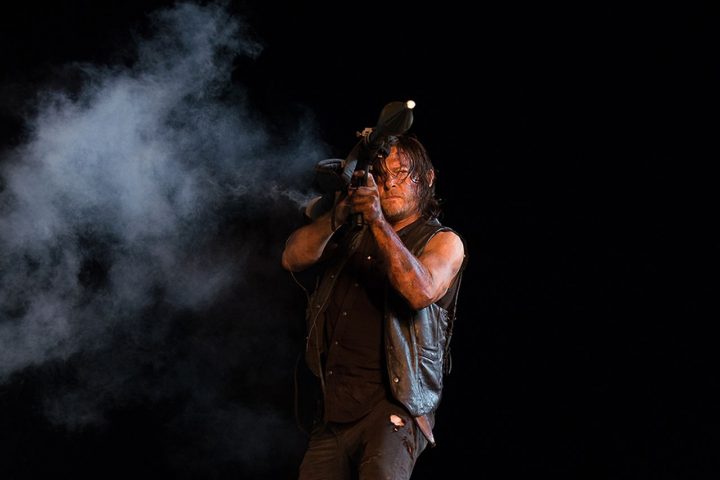 What did you think? I have to admit I super nerded out about it because of the tie-ins with the comics. Even if you don’t read the comics, isn’t it cool to see how the images tie into the show? Leave your thoughts below! 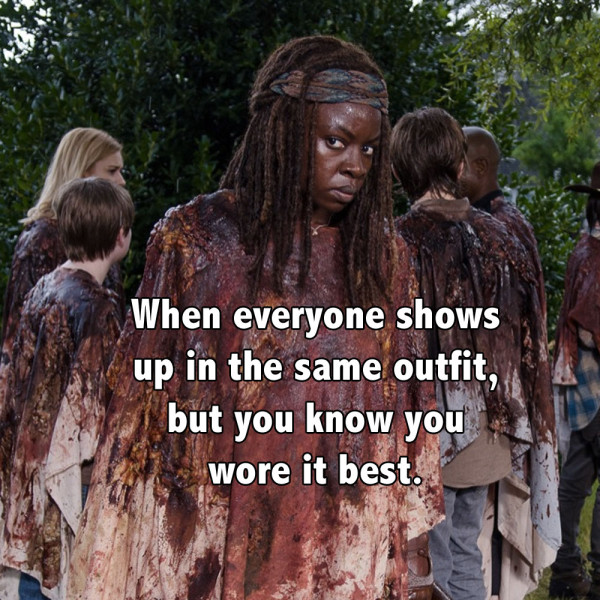 Here’s Michonne, almost definitely thinking “One of these idiots is going to $%#@ this up any second now. I bet you $100 it’s Sam.”