The Walking Dead: Now; or, We Still Don't Know If Glenn Is Dead

So there were some important character development things this week but overall I think people are frustrated with it and they should have just put up a disclaimer at the beginning that said “we’re not going to tell you what happened to Glenn” so everyone would know. They teased us by bringing it up about 20 times though.

OK so in summary, the important things that happened are:

Rick came running up to the gate with half the horde behind him.

Aaron yelled at all the townspeople that the only reason they are alive is because of Rick, and that it’s his fault the Wolves showed up.

Deanna told Rick that what the town needs is him not her. (Mirroring an important moment in the comics!)

People wrote Nicholas (correct) and Glenn (unknown?) on the wall of the dead in the town, 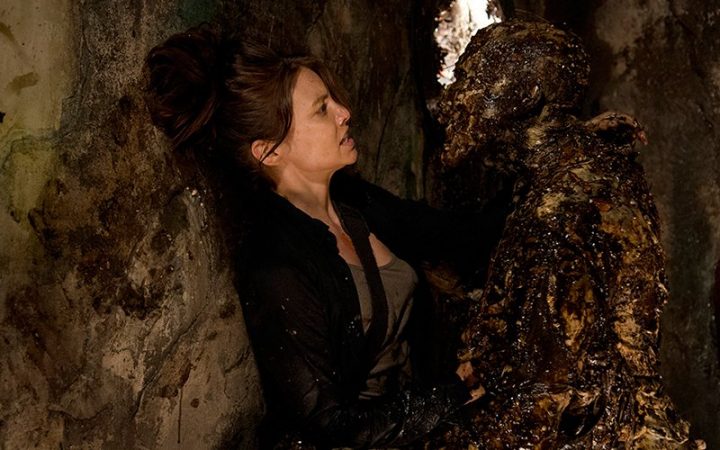 and Aaron and Maggie tried to escape through the sewer to go looking for them (but mostly Glenn because nobody GAF about Nicholas).

Jessie kills a zombie and tells her people to get it together.

Spencer seems to act like he has his head on straight for 5 minutes but reveals himself to be an utter douche.

Ron asks Rick to teach him how to shoot, and that’s not suspicious at all because he totes doesn’t hate Carl or anything. (Do Carl’s parents ever actually care if he lives or dies? I’m not sure they do.)

Rick has waited the appointed 3.5 days since he killed Jessie’s husband so it’s OK for them to kiss now. 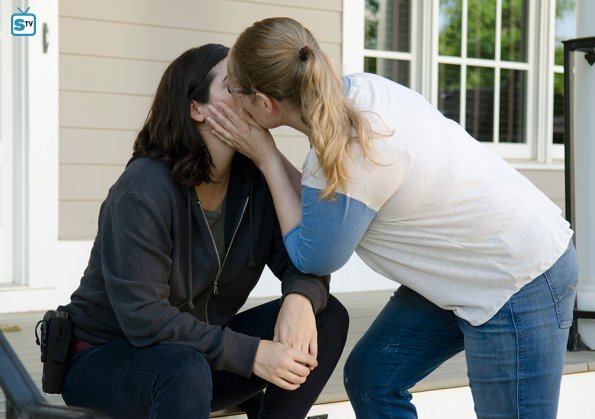 Denise fixes a guy’s infected leg and feels better and kisses Tara. This is actually maybe my favorite thing that happened because it was just sweet and cute.

Oh and guess what? At the end, we get to see the walls weakening because of course. And we still know nothing about Glenn, and nothing about Abraham, Sasha, or Daryl, so they get to spend next episode still not showing us anything about Glenn and instead showing those other three. Sigh.

Here is an article that does a good job pointing out some cool things I didn’t notice or wasn’t smart enough to piece together: 5 Things You Might Have Missed

What did you think? Leave your comments below! I will say that while it wasn’t the most exciting episode I was glad to see some more of the Alexandria folks realizing that they have not been doing it right and they need to step up.